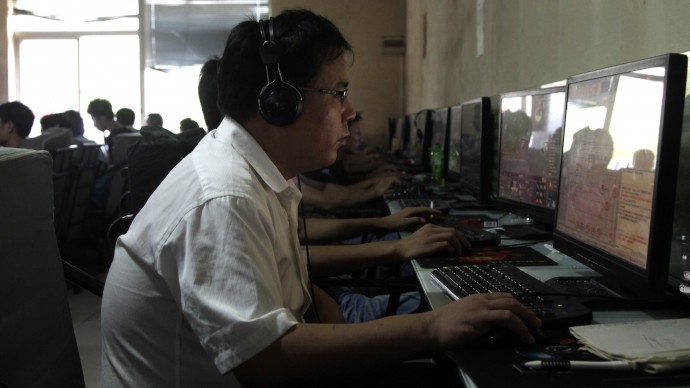 In this photo taken a Chinese man uses a computer at an internet cafe in Beijing, China. (AP Photo/Ng Han Guan)

Are Chinese leaders going soft on the foreign media?

The Communist Party has been playing hardball in recent months, refusing to issue visas to journalists from Bloomberg and the New York Times, and blocking access to various foreign media websites.

All of this was believed to be in retaliation for reports on Chinese leaders and their wealth.

But in the past couple of weeks, Beijing appears to have had a change of heart. Visas were granted within days of journalists packing their bags and leaving the country.

And over the weekend, web users on the mainland were surprised to find the Chinese-language websites of Reuters and the Wall Street Journal had been unblocked.

Spokespeople for both organizations confirmed the Chinese language versions could now be accessed in China, Poynter reported.

Does this offer a glimmer of hope for the domestic and foreign media in 2014? A quick reading of the tealeaves suggests not.

The websites of the New York Times and Bloomberg, which irritated the Communist Party leadership by publishing, respectively, an in-depth reporting series on the alleged vast, $2.7 billion family wealth of ex-premier Wen Jiabao, and the alleged $376 million family fortune of the current president, Xi Jinping, remain blocked.

And veteran journalist Paul Mooney, who has spent more than two decades writing on China, was recently denied a visa. Click here to see Mooney’s interview with the Committee to Protect Journalists.