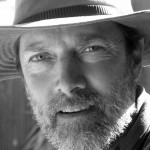 Part I: My Father’s Journey During The Great War

WWI broke out when Norbert Schiller’s Viennese father was just 14. His penchant for the theatrical served him well after he was drafted, and his only brush with death came while he was walking back to Vienna after the war had ended. One hundred years ago this month, World War I officially began when German troops marched into Luxemburg and Belgium. The assassination of Archduke Franz Ferdinand, the heir to the Austro-Hungarian throne, and his wife Sophie in Sarajevo a month earlier was the spark that set the European continent ablaze. Looking back, it’s amazing that after

END_OF_DOCUMENT_TOKEN_TO_BE_REPLACED It’s hard for me to imagine that just a few weeks ago the world’s attention was focused on Brazil and the 2014 World Cup. Even in war-torn countries like Iraq and Syria people gathered at cafes to watch the games. In the United States, where baseball normally rules this time of year, fans came out in droves to support “Team USA.” Fan zones were set

END_OF_DOCUMENT_TOKEN_TO_BE_REPLACED

Iraq: Return To A Three-State Solution

A reporter reflects on the history of Iraq — essentially three sectarian states somewhat arbitrarily cobbled together by colonialists — and his time there. Everyone seems to have been caught off guard by the sudden advance of the Islamic State of Iraq and Syria fighters sweeping through Iraq’s Sunni heartland. The fall of Mosul, Iraq’s second largest city, followed by Tikrit, Tel Afar and now Baqubah -- not to mention a good chunk of Anbar province -- is a good indication that the rebel fighters have

END_OF_DOCUMENT_TOKEN_TO_BE_REPLACED I traveled to Somalia in the summer of 1993 to cover the famine that was ravaging the country following the overthrow of President Siad Barre. One of the first things a reporter friend and I did was hook up with the Canadian air force, which was flying food aid and other emergency relief supplies into the country’s interior. After landing, my

END_OF_DOCUMENT_TOKEN_TO_BE_REPLACED I took a year off from university between August 1978 and 1979 to backpack around Europe and parts of North Africa. After six months of traveling through Northern Europe, which included picking grapes at a vineyard in France and spending time as a goat herder in Northern Greece, I was on my way to explore the Greek Isles. When I got to Athens, I

END_OF_DOCUMENT_TOKEN_TO_BE_REPLACED This month’s passing of legendary Oscar-winning actor and film director Maximilian Schell at the age of 83 marked the end of an era for me: Maximilian was the last of the German-speaking actors who shared the silver screen with my father, Norbert Schiller. When Maximilian was born in 1930, my father was well on his way to becoming one of Europe’s

END_OF_DOCUMENT_TOKEN_TO_BE_REPLACED

Bashar’s capitalist-style reforms were not so much about lifting the poor out of poverty, as they were about seeing whom from the middle class could become wealthy. At the beginning of June 2000, I was on assignment in Egypt’s Western desert illustrating a story about the Valley of the Golden Mummies that had recently been discovered near the Baharyia Oasis. Shortly after the excavation was completed, the Ministry of Antiquities invited the foreign press to attend the opening of the Golden Mummy exhibit at