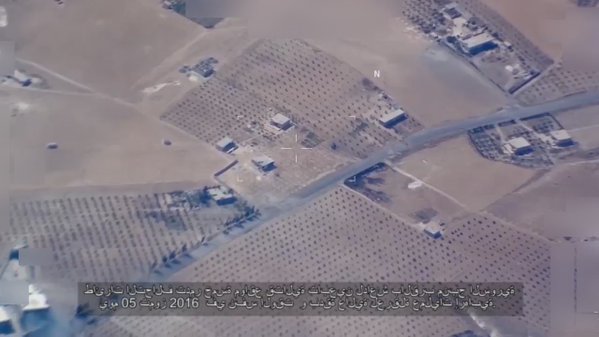 US air strike killed nearly 60 civilians, including children, in Syria on Tuesday after the coalition mistook them for Islamic State fighters.

Some eight families were hit as they tried to flee fighting in their area, in one of the single deadliest strikes on civilians by the alliance since the start of its operations in the war-torn country.

Pictures of the aftermath of the dawn strikes on the Isil-controlled village of Tokhar near Manbij in northern Syria showed the bodies of children as young as three under piles of rubble.

The UK-based Syrian Observatory for Human Rights said the strikes appeared to have been carried out in error, with the civilians mistaken for Islamist militants.

It is thought Tuesday’s bombing was among the first by jets taking off from Incirlik air base in Turkey since it reopened after the failed coup.

The area has seen intense fighting between extremists and members of the US-backed Syria Democratic Forces (SDF) that have been advancing towards the Isil stronghold of Manbij under the cover of intense airstrikes by the US-led coalition.

The coalition has carried out more than 450 air strikes around the city since the operation to take the town began in May.

The SDF, an alliance of Kurdish and Arab fighters, is trying to seize the last territory held by Islamic State on the frontier with Turkey.

On Tuesday the forces retook one the terror group’s headquarters, which was located in a hospital, being used as a command center and logistics hub.

But progress into Manbij city has been slow, with landmines littering the roads in and snipers attacking advancing troops.

Many Isil fighters are still holed up in the city, and are preventing thousands of civilians from leaving, effectively using them as human shields.

Capturing Manbij would be its most significant victory yet. The city is important territory for the group – situated 30 minutes from Turkey and on the supply route to Raqqa, the capital of its self-proclaimed caliphate.

It had served as a base for Western fighters, who for years travelled into to Syria from Europe through the porous northern border.

In a separate incident on Sunday, the Observatory reported that coalition airstrikes killed six civilians in Manbij, “including a woman with four of her children and an old man.”

Rebels and many residents say Russia’s bombing campaign has been even more indiscriminate and accuse the Russians of deliberately hitting hospitals, schools and infrastructure in opposition-held areas, something Moscow denies.