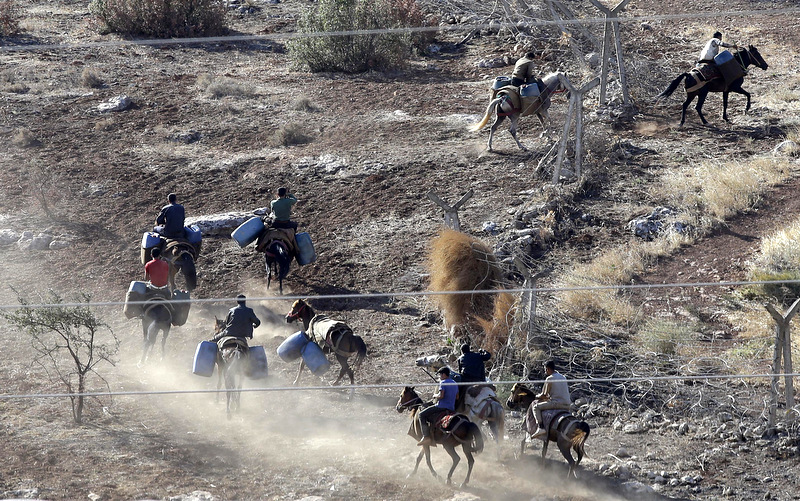 The Turkish F-16s destroyed two trucks and a bus belonging to ISIL near the Turkish-Syrian border on Tuesday in response, Today’s Zaman reported.

There were no Turkish casualties, the military said Wednesday, according to Agence France-Presse.

NTV said the attack against Turkish targets – possibly also involving mortar shells – happened near Elbeyli, in the province of Kilis.

Turkey has long supported Syrian rebels attempting to overthrow strongman President Bashar Assad in the nearly three-year-old conflict that has killed more than 100,000 and displaced millions. It has denied supplying weapons to rebels, though, AFP reported.

Syria is likely on the table as Turkish Prime Minister Tayyip Erdogan traveled to Iran on Wednesday to meet with President Hassan Rouhani, Reuters reported.

Iran is one of Syria’s few remaining allies, but Rouhani’s election victory last year – and his moderate approach with the west – could provide the two nations an opportunity to find common ground on the conflict, Reuters said.

“Our relations with Turkey have entered a new phase, and we hope this trend continues,” Iranian Foreign Ministry spokeswoman Marzieh Afkham told Reuters.

“Besides serving the interests of the two countries, we hope our dialogue (with Turkey) serves regional interests as well.”

The incident was the first between Turkey and the ISIL, AFP said; however, the Turkish army has fired into northern Syria several times in retaliation for shelling from on Turkish villages.

Agence France-Presse contributed to this report.