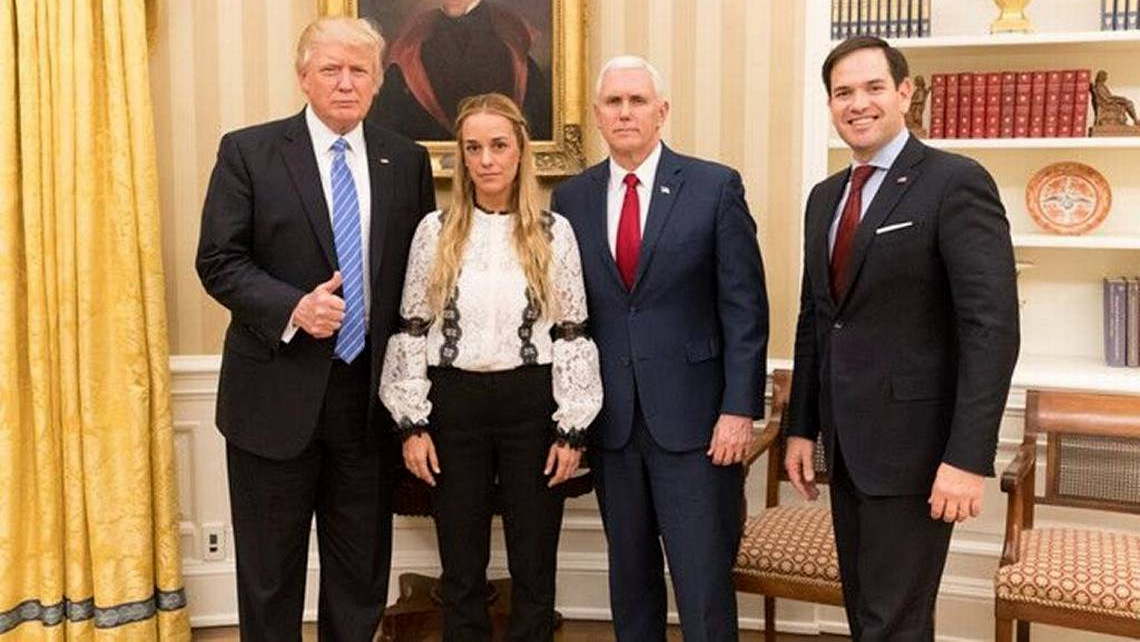 A CNN “exclusive” report from inside Venezuela aired multiple times on the network on January 28. It is a prime example of how influential media outlets in the U.S. effectively create propaganda for the opposition, which now is receiving

END_OF_DOCUMENT_TOKEN_TO_BE_REPLACED

Haley, Pence Convey US Message on Venezuela: Only Election Worth Holding is One that Results in Regime Change

“On May 20, without fail, presidential elections will take place in Venezuela and the people will defend their right to decide with votes, without interventions of any kind. The whole world will witness a new popular expression which will reaffirm the democratic character of the Bolivarian Republic of Venezuela.” WASHINGTON – As aggressive neoconservatives increasingly take the helm of the United States foreign policy establishment, Washington’s appetite for “regime change” has only grown. The reinvigorated mood for intervening in the internal affairs of nations who don’t adhere to Washington’s dictates was on full display Tuesday as U.S. Ambassador to

END_OF_DOCUMENT_TOKEN_TO_BE_REPLACED A key U.S. lawmaker accused the Venezuelan government on Monday of interfering in the National Assembly, which will convene for the first time on Tuesday. "I write to urge you and your administration to take immediate steps to ensure that Mr. Maduro's regime is denied the space to obstruct Venezuela's path to democratic order," U.S. Senator

END_OF_DOCUMENT_TOKEN_TO_BE_REPLACED

Venezuela has not seen a divided government since Chavez came to power in 1998, and Maduro’s remarks Tuesday added fuel to fears that the two camps will be unable to share power. CARACAS, Venezuela — Venezuela's President Nicolas Maduro is promising to protect the country's socialist revolution from what he says are "bad guy" opposition leaders who will take control of Congress next month.

Failing to bring down Venezuela’s Bolivarian Revolution and Hugo Chavez, the U.S. is now allegedly orchestrating coups in the South American country and imposing sanctions in response to what it says are violations of human rights. An opposition demonstrator prepares to throw a molotov cocktail at police after clashes broke out at a protest in Caracas, Venezuela, Thursday, Feb. 12, 2015. RABAT, Malta --- Having tried, and failed, to hamper Venezuela’s Bolivarian Revolution during Hugo Chavez’s presidency, the United States has

END_OF_DOCUMENT_TOKEN_TO_BE_REPLACED

Ramona Wadi is an independent researcher, freelance journalist, book reviewer and blogger. She writes about the struggle for memory in Palestine and Chile, historical legitimacy, the ramifications of settler-colonialism, the correlation between humanitarian aid and human rights abuses, the United Nations as an imperialist organisation, indigenous resistance, la nueva cancion Chilena and Latin American revolutionary philosophy with a particular focus on Fidel Castro, Jose Marti and Jose Carlos Mariategui. Her articles, book reviews, interviews and blogs have been published in Middle East Monitor, Upside Down World, Truthout, Irish Left Review, Gramsci Oggi, Cubarte, Rabble.ca, Toward Freedom, History Today, Chileno and other outlets, including academic publications and translations into several languages.

Maduro: Like In Kiev, US Fomenting ‘Slow Motion Coup’ In Venezuela

United States would like to “get their hands on [our] oil,” says leftist leader Venezuela President Nicolas Madura, in an exclusive interview with The Guardian published Tuesday, says the United States is actively fomenting a 'slow motion coup' in his country, with the ultimate goal of overthrowing his