According to a report from the New Data Frontier, which focuses on cannabis industry data, there could be as many as 283,000 jobs in cannabis by 2020.

Marijuana states such as Colorado, who are worried about a federal crackdown with the advent of the Trump administration, may have a new strategy to fend off the law–a bill in the state legislature to allow licensed recreational pot growers to instantly re-clasify their weed as medical pot in case there is a change in federal la or enforcement. DENVER  — Colorado is considering an unusual strategy to protect its nascent marijuana industry from a potential federal crackdown, even at the expense of hundreds of millions of dollars in tax collections. A bill pending in the Legislature would allow pot growers and retailers to reclassify their recreational pot as medical pot

END_OF_DOCUMENT_TOKEN_TO_BE_REPLACED

The tax revenue from sales of legal cannabis in Colorado is expected to exceed the sales tax collected on cannabis in 2014 and 2015 combined. DENVER --- Legal cannabis is booming, and with Colorado netting $1 billion in legal, regulated sales in the first 10 months of 2016, the industry’s growth isn’t showing any signs of slowing. Sales of both recreational and medical

END_OF_DOCUMENT_TOKEN_TO_BE_REPLACED

Meet The Senate Candidate Challenging The Corporate Takeover Of Democracy

In this episode of MintPress News’ ‘Behind the Headline,’ host and MintPress News Editor-in-Chief Mnar Muhawesh asks Arn Menconi, an anti-war activist and Green Party Senate candidate, what issues should have voters running to the ballot box. https://www.youtube.com/watch?v=-AZWRdb1QYA   MINNEAPOLIS --- The ballots may say Democrat or Republican, but this election cycle, it’s felt more like “imperialist neocon” or “racist fascist.” The corporate-aligned, two-party duopoly is dominating airwaves and screens. And in turn, the corporate-funded mainstream media is selling only

END_OF_DOCUMENT_TOKEN_TO_BE_REPLACED

That’s a major increase from 2014, when legal marijuana sales hit $700 million, earning $44 million in tax money for the state. DENVER, Colorado --- Colorado’s legal marijuana business boomed last year, with total sales in the state nearing the $1 billion mark, according to current estimates. Official figures for marijuana sales in December won’t be available until next month, but Ricardo Baca, a staff writer for The Denver Post’s The Cannabist, reported on Jan. 13 that

END_OF_DOCUMENT_TOKEN_TO_BE_REPLACED

While Colorado receives the lion’s share of national attention for its successful efforts at legalizing and regulating marijuana, the legal landscape is shifting toward more permissive laws nationwide. MINNEAPOLIS-- Keith Stroup, founder of the National Organization for the Reform of Marijuana Laws, or NORML, noted in an Oct. 30 article for Alternet that a majority of

END_OF_DOCUMENT_TOKEN_TO_BE_REPLACED

Marijuana sales in Colorado continue to climb while crime statistics suggest the state is becoming safer than ever. 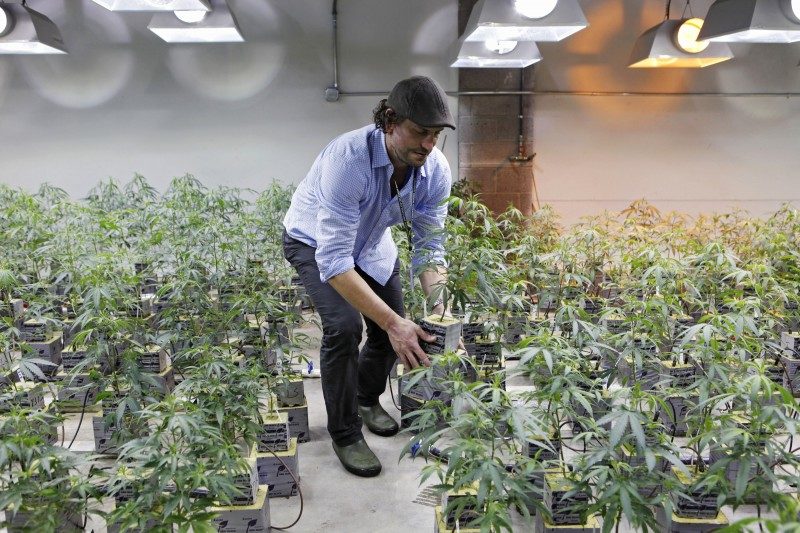 DENVER --- Colorado’s successful experiment in marijuana legalization is bringing in millions of dollars of revenue per month while simultaneously benefiting schools and contributing to a drop in crime rates. Colorado reached over $50 million dollars in recreational cannabis sales in June, breaking the state’s previous record,