Many have claimed that various police departments throughout the United States engage in the illegal practice of racial profiling. Now, a federal lawsuit has been filed by an NYPD cop. That suit claims that he was punished by his commanding officers for not engaging in racial profiling and “stopping enough” African American and Latino teenagers on the subway.

Michael Birch noted in the NY Daily News, that he was a transit cop in Brooklyn, and had been given a bad evaluation back in 2011 for refusing to engage in illegal racial profiling.

After that evaluation, he sat down to secretly record a meeting that took place between himself and his commanding officer as well as a lieutenant. 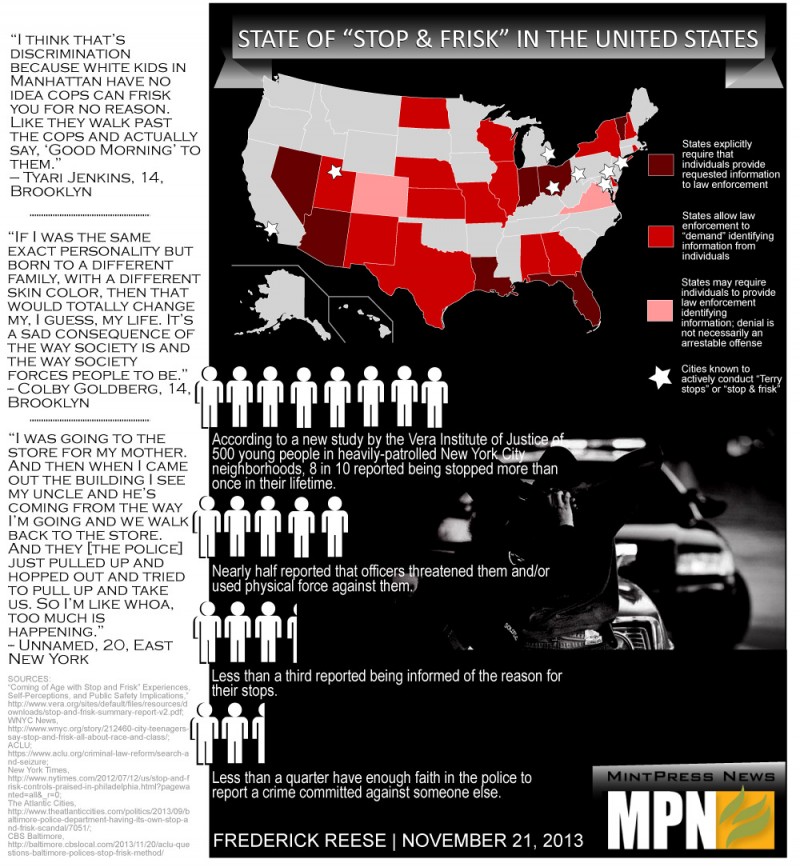 Captian Constantin Tsachas said to Birch that most of the stops he had were women and white people.

Tsachas said to Birch that “the people committing crimes” had “darker skin.”

“You describe to me who’s committing the crimes, you’re fully aware of it and you’re not targeting those people,” Tsachas can be heard on the tape saying

The lieutenant backed him up.

“If you see a group of kids that meet that description, you’re not being racist and you’re not, what’s the word I’m looking for, stereotyping male blacks. I’m not saying you have to rip his coat and pants off.”

The suit says that Birch was refused overtime, and given undesirable assignments. He also had his work monitored by his supervisors who wanted to figure out why he wouldn’t engage in the illegal practice.

Birch’s lawyer Eric Sanders said that after he was transferred to the 79th Precinct in Bed-Stuy, he “miraculously, he has had no performance problems,” thus arguing that his direct supervisors at his old job were in fact punishing him for refusing to participate in racial profiling.