How Much Did Hillary Clinton Really Know?

The revelation that Hillary Clinton’s campaign and the Democratic National Committee helped pay for the notorious “Steele Dossier” of hearsay claims about Donald Trump’s relations with Russia is not surprising but is noteworthy given how long the mystery about the funding was allowed to linger.

Another mild surprise is that the Clinton campaign would have had a direct hand in the financing rather than maintaining an arm’s length relationship to the dossier by having some “friend of the campaign” make the payments and giving Clinton more deniability.

Instead, the campaign appears to have relied on its lawyer, Marc E. Elias of Perkins Coie, and a confidentiality agreement to provide some insulation between Clinton and the dossier’s startling claims which presumably helped inform Clinton’s charge in the final presidential debate that Trump was Russian President Vladimir Putin’s “puppet.” Indeed, how much Clinton personally knew about the dossier and its financing remains an intriguing question for investigators.

Ultimately, the facts about who commissioned the dossier were forced out by a congressional Republican subpoena seeking the bank records of Fusion GPS, the opposition research firm that hired former British intelligence operative Christopher Steele to compile the opposition research, known as “oppo,” against Trump.

As part of the legal wrangling over that subpoena, the Clinton/DNC law firm, Perkins Coie, wrote a letter releasing Fusion GPS from its confidentiality agreement.

After that letter, The Washington Post reported on Tuesday night that the Clinton campaign and the DNC had helped fund the Steele effort with attorney Elias retaining Fusion GPS in April 2016 and with Fusion GPS then hiring Steele.

The Post reported that “people familiar with the matter” disclosed that outline of the arrangement but still would not divulge how much the Clinton campaign and the DNC paid to Fusion GPS. One source told me that the total amount came to about $1 million. 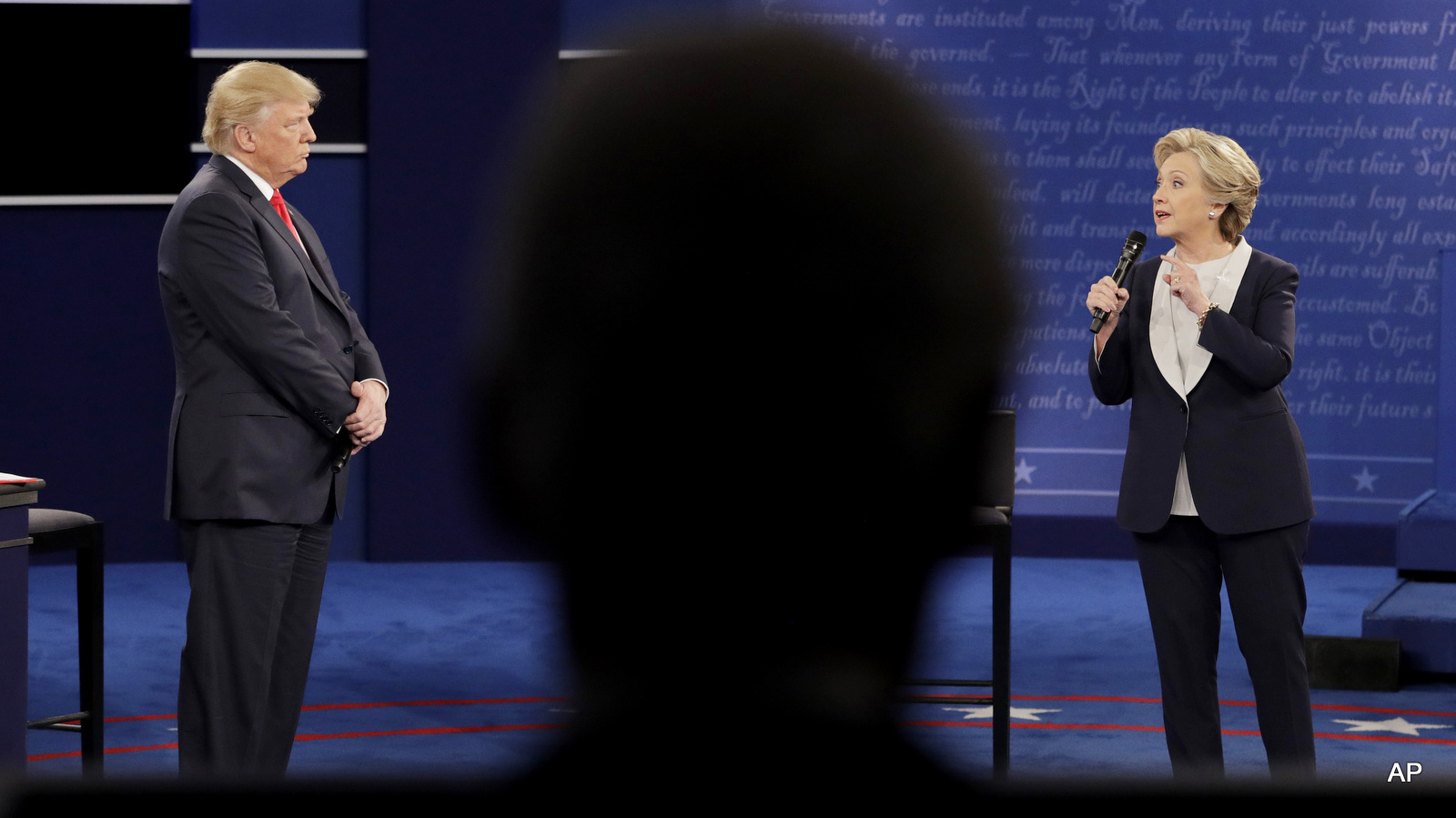 An irony about Hillary Clinton’s role in funding allegations about Trump’s connection to the Russians, including claims that he cavorted with prostitutes in a five-star Moscow hotel while Russian intelligence operatives secretly filmed him, is that the Clinton camp bristled when Bill Clinton was the subject of Republican “oppo” that surfaced salacious charges against him. The Clintons dismissed such accusations as “cash for trash.”

Nevertheless, just as conspiratorial accusations about the Clintons gave rise to the Whitewater investigation and a rash of other alleged “scandals,” which bedeviled Bill Clinton’s presidency, the Steele Dossier provided a map that investigators have followed for the ongoing Russia-gate investigation into President Trump.

Much like those Clinton allegations, Steele’s accusations have had a dubious track record for accuracy, with U.S. government investigators unable to corroborate some key claims but, I’m told, believing that some are true nonetheless.

In the 1990s, even though the core allegations of wrongdoing about the Clintons and their Whitewater land deal collapsed, the drawn-out investigation eventually unearthed Bill Clinton’s sexual relationship with White House intern Monica Lewinsky and led to his impeachment in the House although he was acquitted in a Senate trial.

Some Democrats have openly hoped for the impeachment of President Trump, too, and they have hitched many of those hopes to the Russia-gate bandwagon.

There is also no doubt about the significance of the Steele Dossier in spurring the Russia-gate scandal forward.

When Rep. Adam Schiff, the ranking Democratic member of the House Intelligence Committee, offered what amounted to a prosecutor’s opening statement in March, his seamless 15-minute narrative of the Trump campaign’s alleged collaboration with Russia followed the trail blazed by Steele, who had worked for Britain’s MI-6 in Russia and tapped into ex-colleagues and unnamed sources inside Russia, including supposedly leadership figures in the Kremlin. Christopher Steele, the former MI6 agent who compiled a dossier on Donald Trump, poses in London where he spoke to the media for the first time on March 7, 2017 (Victoria Jones/PA via AP)

Since Steele could not reenter Russia himself, he based his reports on multiple hearsay from these anonymous Russians who claim to have heard some information from their government contacts before passing it on to Steele’s associates who then gave it to Steele who compiled this mix of rumors and alleged inside dope into “raw” intelligence reports.

Besides the anonymous sourcing and the sources’ financial incentives to dig up dirt, Steele’s reports had other problems, including the inability of FBI investigators to confirm key elements, such as the claim that several years ago Russian intelligence operatives secretly videotaped Trump having prostitutes urinate on him while he lay in the same bed at Moscow’s Ritz-Carlton used by President Obama and First Lady Michelle Obama.

That tantalizing tidbit was included in Steele’s opening report to his new clients, dated June 20, 2016. Apparently, it proved irresistible in whetting the appetite of Clinton insiders. Also in that first report were the basic outlines of Russia-gate.

But Steele’s June report also reflected the telephone-tag aspects of these allegations: “Speaking to a trusted compatriot in June 2016 sources A and B, a senior Russian Foreign Ministry figure and a former top level Russian intelligence officer still active inside the Kremlin respectively, the Russian authorities had been cultivating and supporting US Republican presidential candidate, Donald TRUMP for a least 5 years.

“Source B asserted that the TRUMP operation was both supported and directed by Russian President Vladimir PUTIN. Its aim was to sow discord and disunity both within the US itself, but more especially within the Transatlantic alliance which was viewed as inimical to Russia’s interests. … In terms of specifics, Source A confided that the Kremlin had been feeding TRUMP and his team valuable intelligence on his opponents, including Democratic presidential candidate Hillary CLINTON, for several years. …

“The Kremlin’s cultivation operation on TRUMP also had comprised offering him various lucrative real estate development business deals in Russia, especially in relation to the ongoing 2018 World Cup soccer tournament. However, so far, for reasons unknown, TRUMP had not taken up any of these.”

Besides the anonymous and hearsay quality of the allegations, there are obvious logical problems, especially the point that five years before the 2016 campaign, virtually no one would have thought that Trump had any chance of becoming President of the United States.

There also may have been a more mundane reason why Trump’s hotel deal fell through. A source familiar with those negotiations told me that Trump had hoped to get a half interest in the $2 billion project but that Russian-Israeli investor Mikhail Fridman, a founder of Russia’s Alfa Bank, balked because Trump was unwilling to commit a significant investment beyond the branding value of the Trump name.

Yet, one would assume that if the supposedly all-powerful Putin wanted to give a $1 billion or so payoff to his golden boy, Donald Trump, whom Putin anticipated would become President in five years, the deal would have happened, but it didn’t.

Despite the dubious quality of Steele’s second- and third-hand information, the June 2016 report appears to have impressed Team Clinton. And once the bait was taken, Steele continued to produce his conspiracy-laden reports, totaling at least 17 through Dec. 13, 2016. The reports not only captivated the Clinton political operatives but influenced the assessments of President Obama’s appointees in the U.S. intelligence community regarding alleged Russian “meddling” in the presidential election.

Still, a careful analysis of Steele’s reports would have discovered not only apparent factual inaccuracies, such as putting Trump lawyer Michael Cohen at a meeting with a Russian official in Prague (when Cohen says he’s never been to Prague), but also the sort of broad conspiracy-mongering that the mainstream U.S. news media usually loves to ridicule.

For instance, Steele’s reports pin a range of U.S. political attitudes on Russian manipulation rather than the notion that Americans can reach reasonable conclusions on their own. In one report dated Sept. 14, 2016, Steele claimed that an unnamed senior official in Putin’s Presidential Administration (or PA) explained how Putin used the alleged Russian influence operation to generate opposition to Obama’s Pacific trade deals.

Steele wrote that Putin’s intention was “pushing candidate CLINTON away from President OBAMA’s policies. The best example of this was that both candidates [Clinton and Trump] now openly opposed the draft trade agreements, TPP and TTIP, which were assessed by Moscow as detrimental to Russian interests.”

In other words, the Russians supposedly intervened in the U.S. presidential campaign to turn the leading candidates against Obama’s trade deals. But how credible is that? Are we to believe that American politicians – running the gamut from Senators Bernie Sanders and Elizabeth Warren through former Secretary of State Hillary Clinton to President Donald Trump – have all been tricked by the Kremlin to oppose those controversial trade deals, which are also broadly unpopular with the American people who are sick and tired of trade agreements that cost them jobs?

Of course, the disclosure that the Clinton campaign and the DNC help pay for Steele’s opposition research doesn’t necessarily discredit the information, but it does suggest a possible financial incentive for Steele and his collaborators to sex-up the reports to keep Clinton’s camp coming back for more.