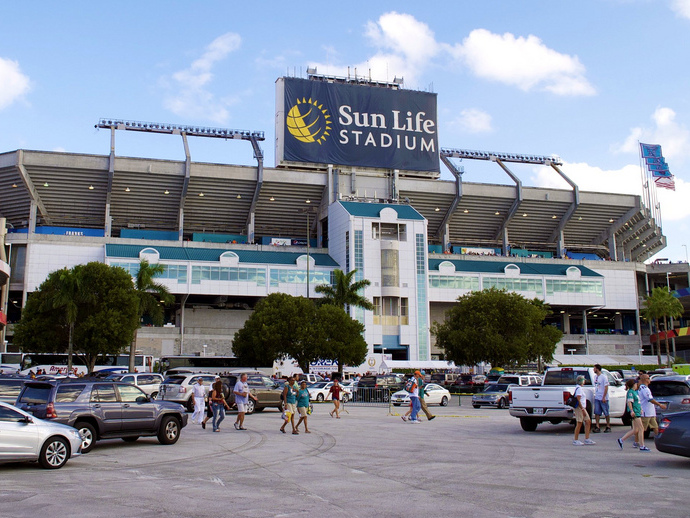 Despite having billions in personal wealth, the owners of professional sports teams are increasingly relying upon taxpayer subsidies to pay for stadiums or renovate existing ones, ThinkProgress reports. Across the U.S., taxpayers have been asked to foot the bill for lavish stadiums that have gone over-budget by some $10 billion in recent years.

The report follows the publication of Forbes’ list of the 400 richest Americans, a who’s who of the mega-rich in the U.S. Atop that list is Microsoft founder Bill Gates, who boasts a fortune of $72 billion. Behind him comes Fortune 500 CEOs, investment gurus and 32 owners of professional sports teams, including 14 NFL teams, according to a recent ESPN report.

The richest among the owners of sport teams is Paul Allen, who owns both the Portland Trail Blazers and the Seattle Seahawks. His fortune of $15.8 billion makes him the 26th richest American on the Forbes list this year.

When it comes to financing stadiums, cities are typically promised increased tax revenue, jobs and the prestige of hosting a professional sports team — but some economists say that this amounts to a raw deal for cities.

Andrew Zimbalist, the Robert A. Woods Professor of Economics at Smith College and a specialist in public investment, believes that when it comes to public financing of stadiums, taxpayers usually get a poor return on their investment.

“All of the independent, scholarly research on the issue of whether sports teams and facilities have a positive economic impact has come to the same conclusion: One should not anticipate that a team or a facility by itself will either increase employment or raise per capita income in a metropolitan area,” Woods said in a statement last year.

In many cases, cities already understand this poor investment and have rejected recent proposals by owners for public funding.

St. Louis Rams owner Stan Kroenke was one of those owners. Despite amassing a fortune of $5.3 billion, Kroenke and the Rams have repeatedly asked the city of St. Louis for more than $700 million in public funds to renovate the Edward Jones Dome. The city rejected the latest plan in July, although Mayor Francis Slay’s office believes that Kroenke will continue trying to push for funding.

“There was nobody in St. Louis who thought that the Rams proposal was a good idea, other than the Rams,” the chief of staff to the mayor said at the time.

In Minneapolis, a contentious plan to publicly fund a new $945 million Minnesota Vikings stadium was approved by the state legislature despite opinion polls showing significant public opposition to the plan. The Minneapolis Star Tribune reported in 2011 that 60 percent of respondents thought the Vikings should keep playing in the Metrodome, the team’s home for the past 29 years. Nearly 75 percent said Vikings owner Zygi Wilf should not get taxpayer money for the new stadium, which is projected to open in 2016. There was no public referendum to determine if taxpayers wanted to fund the stadium.