In two years, the world has become accustomed to being shocked by the words and actions of United States President Donald Trump. In January of this year, he again showed his lack of diplomacy, tack and common decency, when he referred to many poorer countries as “sh*ithole countries”, asking, “Why do we want all these people from sh*thole countries

END_OF_DOCUMENT_TOKEN_TO_BE_REPLACED

It has been some time since this writer has seen such a blatantly one-sided, biased article about Palestinian’s struggles on a ‘mainstream’ news site. As Palestinians continue to struggle under the heavy, deadly hand of U.S.-sponsored Israeli oppression, the world’s governments mainly ignore them. This is business as usual for most governments, including U.S. officials, many of whom are ‘PEP’ – Progressive Except for Palestine. March 30 is Land Day in Palestine, a day commemorated annually to

END_OF_DOCUMENT_TOKEN_TO_BE_REPLACED

These trips are not designed to assist Canada’s elected representatives better understand the issues facing the Middle East; they are merely gifts to government officials, and sometimes to their families, to create both a pro-Israel bias and feeling of indebtedness on the part of the officials. It is no secret to anyone that in the United States, the people are governed by powerful lobby groups. The strength of the National Rifle Association (NRA) is so great that government officials are able to overlook the shooting deaths of countless innocent children, as young as 5 years old, along with their teachers in their own classrooms. The

END_OF_DOCUMENT_TOKEN_TO_BE_REPLACED

‘Real power is in the hands of the banks, monopoly corporations, and the military-industrial complex,’ the Party for Socialism and Liberation’s presidential candidate says. ‘Fundamental change requires taking that power out of their hands and putting it in the hands of the people.’ SAN FRANCISCO --- The two major parties have nominated deeply unpopular candidates, and third-party candidates are drawing nearly unprecedented amounts of attention this election season. Gary Johnson, the former governor of New Mexico who is running on the Libertarian ticket, and Green Party nominee Dr. Jill Stein are leading the pack of

END_OF_DOCUMENT_TOKEN_TO_BE_REPLACED

Complicity with Israel’s occupation and corruption in Mr. Abbas’ PA play into another major roadblock on Palestine’s path to recovery: International funds meant for reconstruction efforts in Gaza and other forms of humanitarian aid are routinely diluted by Israel. KITCHENER, Ontario --- (Analysis) From severely limited water supplies to a blockade on even the most basic supplies, Israel’s continued illegal occupation of Palestine has destroyed even the most basic infrastructure Palestinians need to survive, forcing residents of Gaza and the West Bank to struggle through a humanitarian disaster. This was

END_OF_DOCUMENT_TOKEN_TO_BE_REPLACED

US Pads Defense Industry Profits By Arming Both Sides In Conflict

Why risk being on the losing end of a conflict, when you can hedge your bets and maximize profits by supplying both sides? KITCHENER, Ontario --- (Analysis) The United States has long billed itself as “the land of the free and the home of the brave.” This fairytale receives credence within the country’s own borders, as its lemming-like citizens place hand on heart, look at the waving flag, and wipe tears from their eyes. Yet a good story doesn’t often play quite as

END_OF_DOCUMENT_TOKEN_TO_BE_REPLACED

Of course, no one can adequately predict Israel’s next move. But if history gives us any indication, it’s more than likely that Israel’s going to be drumming up some vague pretext soon that will allow it to use Gaza like a weapons testing facility. 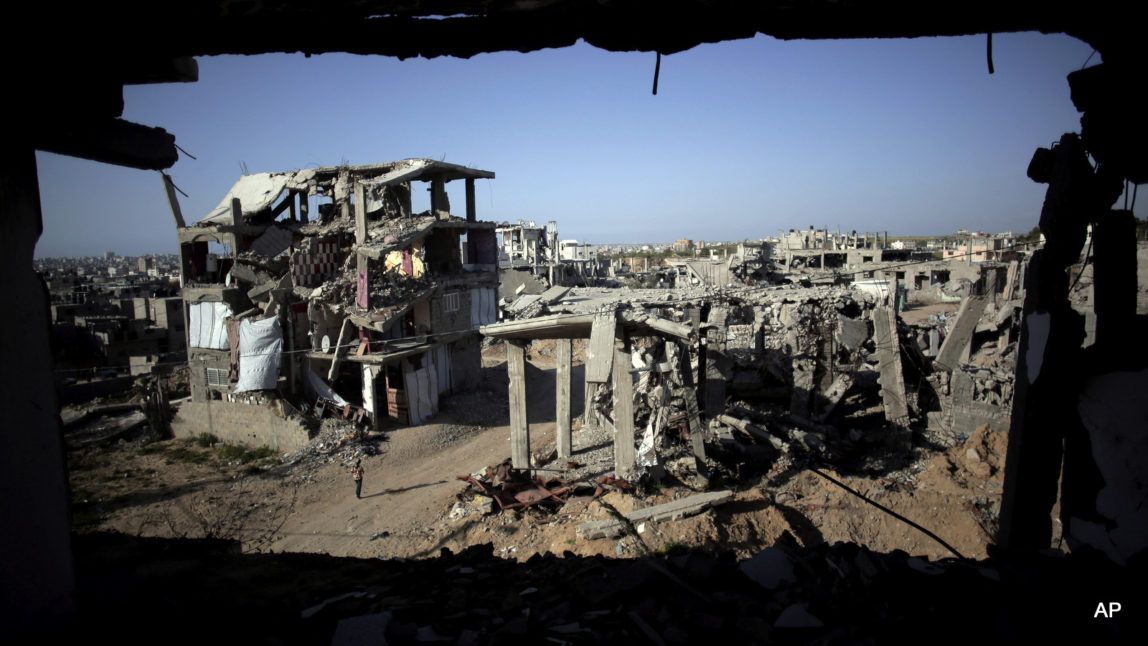 KITCHENER, Ontario --- (Analysis) Every two years or so, Israel decides that it’s time to once more test out its weaponry, provided by the United States, on Palestine. It invents some vague pretext and levels the Gaza Strip, a process Israeli politicians have referred to as a periodic “mowing of the lawn.” Indeed, the grass in any lawn will grow