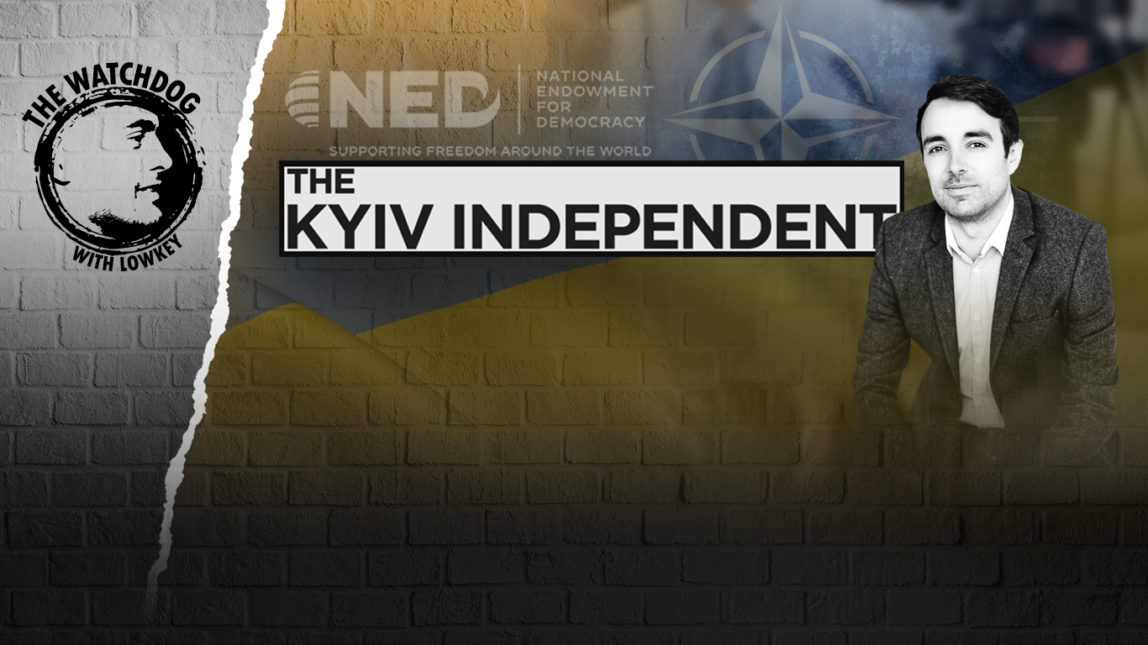 ﻿ In this edition of The Watchdog Podcast, Lowkey talks to Alan MacLeod about Ukraine, how the media is covering the conflict, and the promotion of supposedly “independent” Ukrainian media outlets that are quietly being funded by Western governments. Chief among these is The Kyiv Independent, a newspaper that was barely three months old

END_OF_DOCUMENT_TOKEN_TO_BE_REPLACED Lowkey is joined by journalist Ben Norton to discuss the recent U.S.-backed coup in Pakistan, the West’s plan to turn Ukraine into a neverending war, and the new multipolar global order taking shape before our eyes. Ben Norton is a Nicaragua-based journalist whose work is focused on U.S. foreign policy and international politics. He recently

END_OF_DOCUMENT_TOKEN_TO_BE_REPLACED This week Lowkey is joined by Asa Winstanley, an investigative journalist living in London, who writes about Palestine and the Middle East. He hails from the south of Wales and has been visiting Palestine since 2004. He writes for the groundbreaking Palestinian news site The Electronic Intifada, where he is an associate editor, and also writes a

END_OF_DOCUMENT_TOKEN_TO_BE_REPLACED ﻿ Pro-Israeli government campaigners were left bitterly disappointed when, earlier this month, their campaign to remove Palestinian activist and academic Shahd Abusalama from her position at Sheffield Hallam University failed. “I have been wholly exonerated of the false charges of antisemitism, brought under the unfit-for-purpose IHRA

END_OF_DOCUMENT_TOKEN_TO_BE_REPLACED ﻿ “The U.S. military is the largest institutional polluter in the world. There is no corporation or industry that compares to the damage and devastation done by the U.S. war machine,” Abby Martin told Watchdog host Lowkey today. Abby Martin is a California-based artist, journalist and filmmaker who is host of The Empire Files, a series that

END_OF_DOCUMENT_TOKEN_TO_BE_REPLACED ﻿ Today, Watchdog host Lowkey is joined by investigative journalist Matt Kennard to discuss how the National Endowment for Democracy (NED) has infiltrated foreign media in an attempt to export obedience to the United States government and promote Washington’s interests around the world. In the late twentieth century, the CIA developed an

END_OF_DOCUMENT_TOKEN_TO_BE_REPLACED On January 13, campaigners announced that, after years of popular pressure and direct action, Israeli arms manufacturer Elbit Systems had decided to bite the bullet and sell its factory located in Oldham in the northwest of England. A week later, there was another victory for the anti-war activists, as a British judge dismissed the case against