Marc Kasowitz, President Trump’s lawyer in the Russia investigation, has bragged he was behind the firing of U.S. Attorney Preet Bharara. Marc Kasowitz, President Donald Trump's personal lawyer in the Russia investigation, has boasted to friends and colleagues that he played a central role in the firing of Preet Bharara, the United States Attorney for the Southern District of New York, according to four people familiar with the conversations. Kasowitz told Trump, "This guy is

END_OF_DOCUMENT_TOKEN_TO_BE_REPLACED

When It Comes To Wall Street, Preet Bharara Is No Hero

The prominent U.S. attorney fired by Donald Trump this weekend has been justly acclaimed for his pursuit of political corruption. But his treatment of the Wall Street executives involved in the financial meltdown was far less confrontational. After his election in 1968, President Richard Nixon asked Robert Morgenthau, the US Attorney for the Southern District of New York, to resign. Morgenthau refused to leave voluntarily, saying it degraded the office to treat it as a patronage position. Nixon's move precipitated a political crisis. The president named a replacement. Powerful

END_OF_DOCUMENT_TOKEN_TO_BE_REPLACED

By meeting with the CEOs of Monsanto and Bayer as well as the head of AT&T, which is trying to merge with Time Warner, Trump has violated decades of White House practice by injecting himself directly into mergers awaiting Justice Department review. (ANALYSIS) --- When the CEOs of Monsanto and Bayer met now-President Donald Trump earlier this month, eager for a nod of assent for their controversial merger into an agrochemical and seed giant, they promised jobs and investment. Sure enough, a week later, the companies and a Trump spokesman announced that the combined company would create

END_OF_DOCUMENT_TOKEN_TO_BE_REPLACED

What Trump EPA Contract Freeze Means For The Environment

The move could disrupt core operations ranging from toxic cleanups to water quality testing, according to records and interviews. 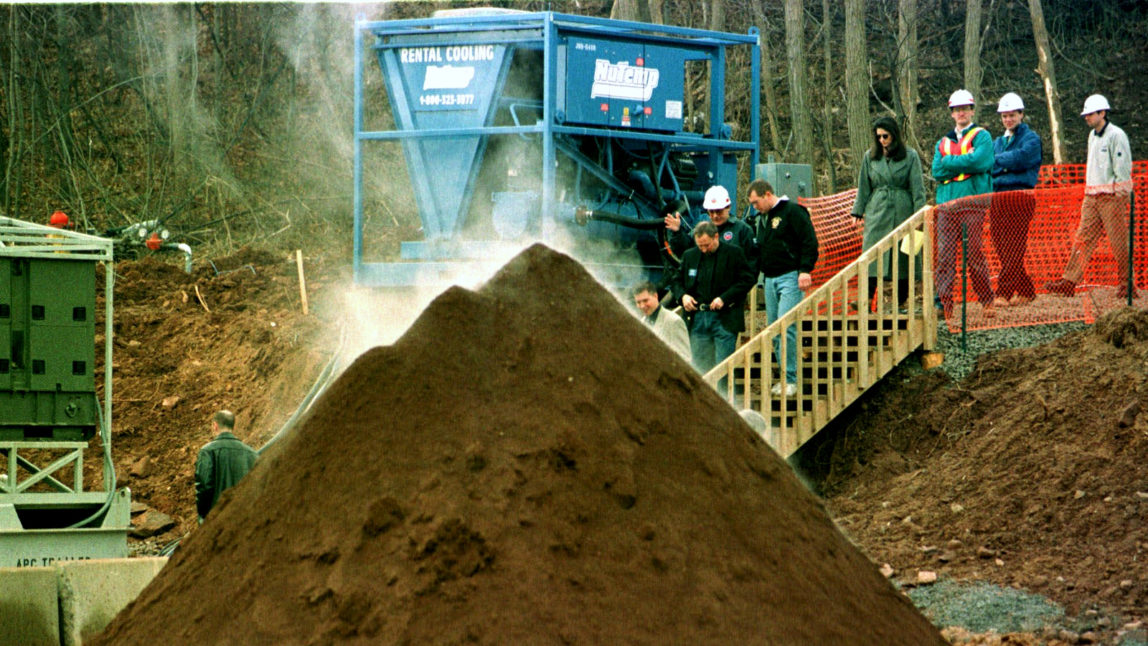 The Trump administration has imposed a freeze on grants and contracts by the U.S. Environmental Protection Agency, a move that could affect a significant part of the agency's budget allocations and even threaten to disrupt core operations ranging from toxic cleanups to water quality testing, according to records and interviews. In one email

END_OF_DOCUMENT_TOKEN_TO_BE_REPLACED

Steven Mnuchin has a long history of coming out ahead, even in questionable deals. Steven Mnuchin has made a career out of being lucky. The former  nominated to become Donald Trump's treasury secretary had the perspicacity to purchase a collapsed subprime mortgage lender soon after the financial crisis, getting a sweet deal from the Federal Deposit Insurance Corporation. Now, if he's confirmed, he will likely be able to take

END_OF_DOCUMENT_TOKEN_TO_BE_REPLACED

Trump’s transition advisor for financial regulations works for a firm that is emblematic of the Washington revolving door. President-elect Donald Trump's transition-team adviser on financial policies and appointments, Paul Atkins, has been depicted as an ideological advocate of small government. But the ways that the Trump administration and Congressional Republicans are likely to approach financial deregulation could serve Atkins' wallet as well as his political

END_OF_DOCUMENT_TOKEN_TO_BE_REPLACED

Right after the financial crisis, an SEC lawyer fought a lonely struggle to get his agency to crackdown harder on Goldman bankers. He lost. In the late summer of 2009, lawyers at the Securities and Exchange Commission were preparing to bring charges in what they expected would be their first big crackdown coming out of the financial crisis. The investigators had been looking into Goldman Sachs’ mortgage-securities business, and were preparing to take on the bank over a complex deal,