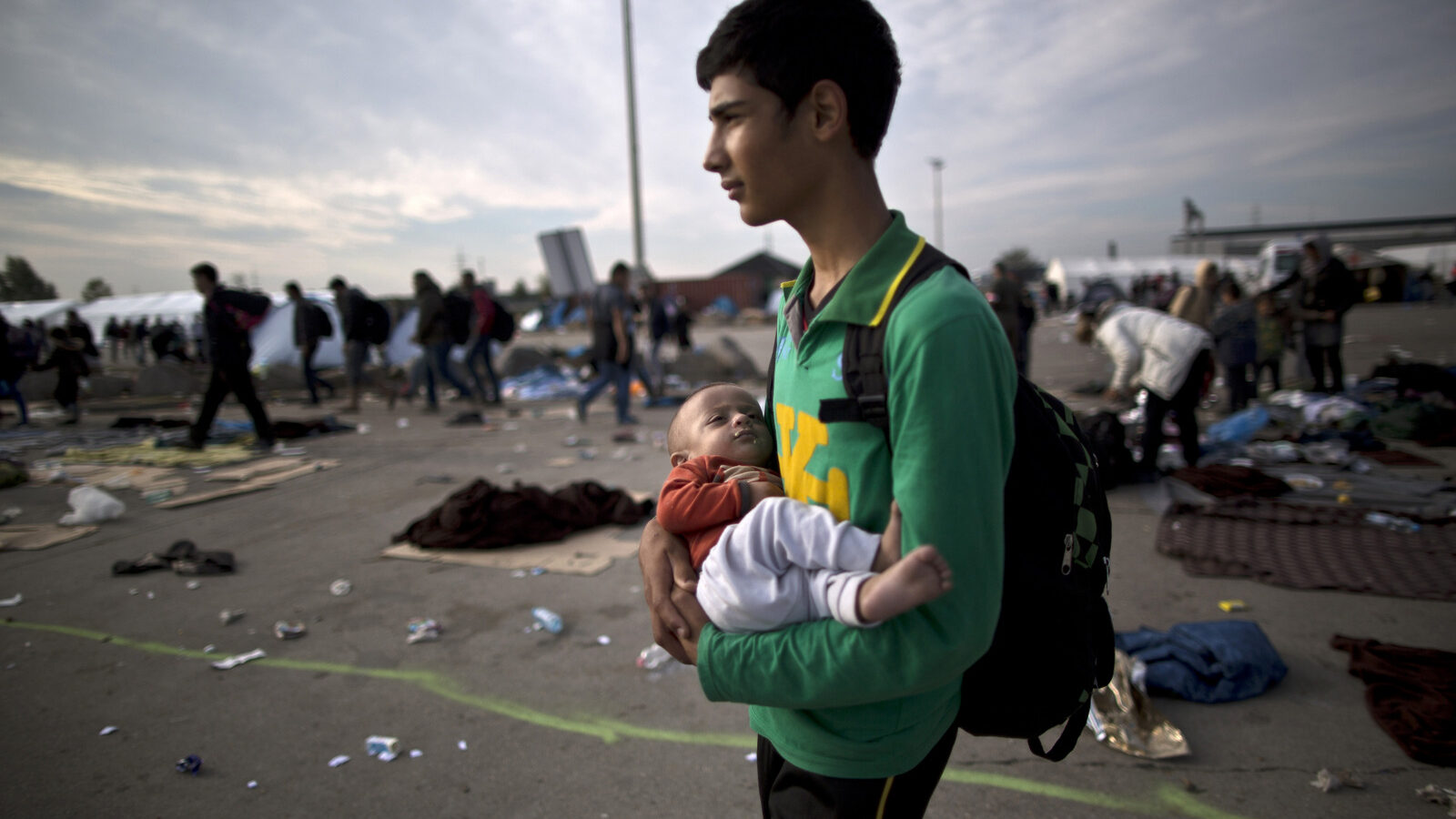 At least 95,000 unaccompanied children applied for asylum in Europe last year, four times the numbers for 2014, Bureau research can reveal.

The huge increase was discovered by the Bureau during an investigation into the level of migration among unaccompanied under-18 year olds in Europe and the stark inconsistencies in the way they are treated.

An estimate was given by Save the Children in January when the charity suggested 26,000 unaccompanied children arrived in Europe in 2015.

Only 17 of the 29 countries we approached provided any data. Spain refused to cooperate with us, while France said we must wait for publication of official data later this year. Eurostat, the EU data agency, will also complete its own figures in the coming months.

We also found huge differences in the way the children are treated by national authorities, with some using controversial methods such as wrist bone x-rays to determine age.

The numbers raise serious questions, not only for the ability of countries to cope with the influx, but also around the children’s welfare and their uncertain future.

The Bureau has been investigating the issues faced by unaccompanied minors for two years. Our focus had been on the UK but we expanded our efforts to continental Europe late last year.

We approached 27 EU member states for numbers, plus Norway and Switzerland.

Almost all the larger countries were among the 17 which provided details.

In nearly every case, the numbers were up significantly from the year before. In Sweden, the rise was 402%. In Hungary, which is considered a transit country where many asylum claims are first made, applications soared from 607 to 8,804.

Sarah Crowe, Unicef’s spokeswoman for the Refugee and Migrant Crisis, said the problems were continuing this year, at least in Greece. She said in the first 11 weeks of 2016, 1,156 unaccompanied and separated children had been registered there.

She added: “It is so important to have details on figures. There are unprecedented numbers of refugee and migrant children now stranded in Greece.

Our research found that the largest number of unaccompanied minors were from Afghanistan, with 23,480 claiming asylum in Sweden alone in 2015. Sweden also saw 3,777 Syrian youngsters register claims.

In the UK, the numbers were much smaller with 694 minors from Eritrea topping the list. Only 186 came from Syria.

The EU has rules for what member states should do when unaccompanied children arrive in their territory and seek asylum. However, it is up to the individual member state to decide how to implement these obligations into policies and laws.

Differences between those asylum systems and the differing terminologies make it difficult to keep track of the numbers of unaccompanied children.

The likelihood of a child being granted asylum also varied greatly.

We asked each country for the number of successful applications but only a few were able to provide that data.

Sweden has traditionally been the most generous in terms of granting asylum to children. It made 4,660 decisions on unaccompanied minors last year, with 3,076 receiving a usually permanent residence permit – a success rate of 66%.

Only the UK and Sweden could provide data on how many former asylum-seeking children had been returned once they turned 18. In the past seven years, Sweden has returned at least 224 children, while over nine years the UK has returned 2,675 to Afghanistan and Iraq alone.

Replies from other countries varied, from Austria which said it didn’t think the data actually existed to Germany which replied it was impossible to distinguish former unaccompanied minors from general returns.

France, Italy and Spain do not register asylum seeking children in the same way as other countries such as the UK. Lone youths rarely apply for asylum in France because all unaccompanied children are automatically under the protection of the state – protection de l’enfance – regardless of their asylum status.

This expires when they reach 18 and they must then apply for permanent asylum or temporary leave to remain. At that point, the onus is on the applicant to remember details and provide evidence from possibly many years before.

But one of the biggest differences among the countries analysed was in how states assess the true age of those arriving.

Because most countries provide higher standards of care for children, there is a degree of suspicion among immigration officials that some claiming to be minors are in fact over the age of 18.

A study in Denmark of its 2014 intake of asylum seeing children found that in 72% of the 282 questionable cases, those claiming to be minors were adults.

But countering any “culture of disbelief” is also difficult for minors. Many come from countries such as Afghanistan where birth certificates are rare, while others have lost or forgotten their documents.

In rare cases in Austria and Germany, for example, assessments have previously included the testing of claimant’s genitals. It is unclear whether this still happens.They are then subjected to an age assessment.

Elsewhere, in France, Denmark and Italy, doctors perform x-rays on children’s teeth or wrists to try to establish age through their bone density.

These methods are controversial. Many scientific bodies across Europe such as the France’s Haut Conseil de la Santé Publique (department of public health) have cast doubt on the validity of x-rays to determine age and consider them unethical due their unreliability.

Such methods have been rejected by other countries including the UK and Sweden. In the UK, social workers ask children a series of questions about their background and physical changes to try to establish their age.

In Sweden, the government did try to encourage medical examinations but doctors refused, saying they were unreliable and unethical.

It means that officials there also still use interviews with children, asking them about their personal journeys. However, minors can request medical examinations to strengthen their case. Proposed changes to Swedish asylum policy later this year would mean greater use of these medical examinations.