Disney Wants Employees To Chip In To Pay Copyright Lobbyists 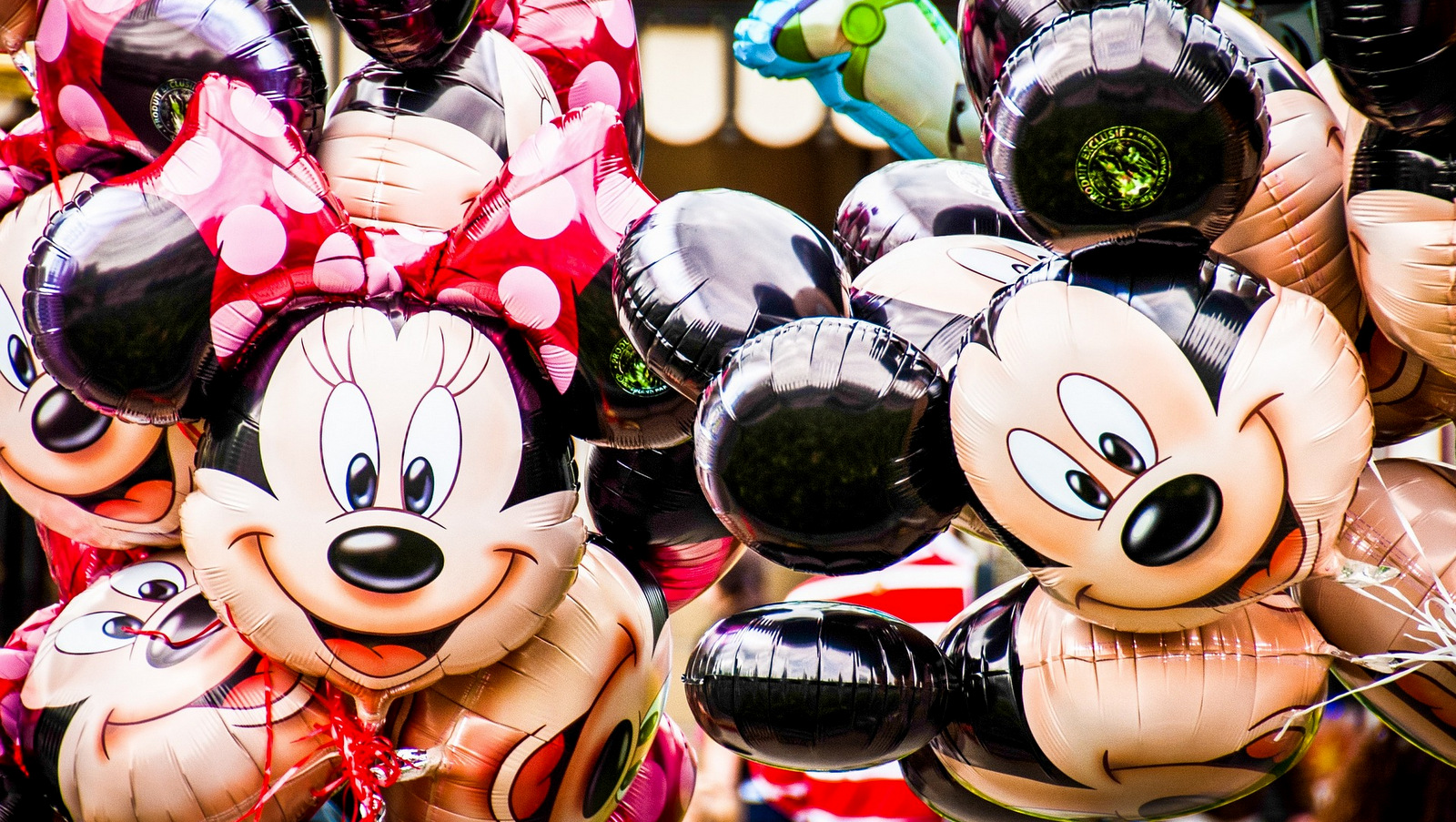 The Walt Disney Company has a reputation for lobbying hard on copyright issues. The 1998 copyright extension has even been dubbed the “Mickey Mouse Protection Act” by activists like Lawrence Lessig that have worked to reform copyright laws.

This year, the company is turning to its employees to fund some of that battle. Disney CEO Bob Iger has sent a letter to the company’s employees, asking for them to open their hearts—and their wallets—to the company’s political action committee, DisneyPAC.

In the letter, which was provided to Ars by a Disney employee, Iger tells workers about his company’s recent intellectual property victories, including stronger IP protections in the Trans-Pacific Partnership, a Supreme Court victory that destroyed Aereo, and continued vigilance about the “state of copyright law in the digital environment.” It also mentions that Disney is seeking an opening to lower the corporate tax rate.

“With the support of the US Government we achieved a win in the Supreme Court against Aereo—an Internet service claiming the right to retransmit our broadcast signals without paying copyright or retransmission consent fees,” writes Iger. “In the coming year, we expect Congress and the Administration to be active on copyright regime issues, efforts to enact legislation to approve and implement the Trans-Pacific Partnership trade agreement, tax reform, and more proposals to weaken retransmission consent, to name a few.”

The source who provided the letter to Ars asked to remain anonymous, and they were bothered by the assumption that anyone who worked for Disney would agree with the company’s political positions on tax, trade, intellectual property, and other matters.

“It just seems insensitive to folks that support the company but don’t necessarily support all of its priorities,” the source said. “Especially for something like TPP, which I view as particularly controversial. We do have a company position, but there’s going to be a wide variety of opinion [within the company].”

The letter concludes with a suggested donation to DisneyPAC. Ars is not publishing the suggested amount in case it is personalized to the source’s compensation or position at Disney.

“For your convenience, DisneyPAC has implemented a payroll deduction system, through which your contributions to the PAC will be deducted from your weekly paycheck,” Iger explains.

The source received the letter via business mail and doesn’t know how many other employees received it.

“I don’t know how widely this was distributed,” the source said. “Was it to rank and file folks in [theme] parks, to people working in a popcorn stand?”

Disney didn’t respond to Ars’ requests for comment about the fundraising letter.

Here’s the verbatim text of most of Iger’s letter to employees:

As we head into the election year of 2016, the electorate faces significant decisions about the direction of our Nation’s future. Besides choosing a new president, we will once again be electing new senators and representatives. These decisions will have a profound impact on the lives of all Americans. The election will also impact issues that affect our company. As such, we will continue to work with our representatives in Congress to ensure that they understand our perspective on critical issues like trade, intellectual property, tax, and travel policies. I write to urge you to consider supporting the Company’s efforts through a contribution to DisneyPAC. A well funded DisneyPAC is an important tool in our efforts to maintain our positive profile in Washington.

In the past year, we successfully advocated the Company’s position on a number of issues that have a significant impact on our business. We played a major role in ensuring that the “Trade Promotion Authority” legislation set high standards for intellectual property (IP) provisions in our trade negotiations, and we helped get that bill through Congress. We used that language in TPA to advocate successfully for a strong IP chapter in the Trans-Pacific Partnership (TPP) trade negotiations. We also pushed for provisions to promote digital trade and to reduce barriers in media and entertainment sectors. TPP will establish a strong baseline of protection for intellectual property while breaking down trade barriers in the Asia Pacific region. In both TPA and TPP we had to overcome significant efforts to weaken respect for IP, pushed not only by foreign governments but also from within our own Congress and the Administration.

The fight on these issues is far from over. Last year we spent significant time and effort engaged in a series of government reviews of the state of copyright law in the digital environment.

We also continued to defend our right to be compensated for carriage of our programming by cable and satellite carriers as well as by emerging “over-the-top” services. With the support of the US Government we achieved a win in the Supreme Court against Aereo—an Internet service claiming the right to retransmit our broadcast signals without paying copyright or retransmission consent fees. With respect to tax issues, Congress extended certain provisions that provide favorable tax treatment for film and television production in the US. It also extended this treatment to live theatrical productions. Last year we also worked closely with the Administration on important veterans employment issues—an issue of critical importance for the men and women who defend our country and an area in which our company is proud to play a leadership role.

In the coming year, we expect Congress and the Administration to be active on copyright regime issues, efforts to enact legislation to approve and implement the Trans-Pacific Partnership trade agreement, tax reform, and more proposals to weaken retransmission consent, to name a few.

On the trade front, we will also look to build on our achievements in other negotiations this year. 2016 should see significant activity in negotiations between the US and China over a Bilateral Investment Treaty (BIT), continued negotiations with the European Union over the proposed Transatlantic Trade and Investment Partnership agreement, the 50-country Trade in Services Agreement negotiations, and efforts by the US Government to raise IP standards and break down trade barriers through a variety of means.

In 2016, Congress will further discuss various tax reform proposals. While comprehensive reform is unlikely, activity in the coming year will lay the foundation for what many expect to be a genuine opportunity for reform in early 2017. We have been active educating Members of Congress on the importance of lowering the corporate tax rate to be competitive with the rest of the world. The US has one of the highest marginal and effective tax rates among developed countries, creating a significant competitive impediment to companies headquartered in the US.

Congress will continue to be very active on intellectual property issues… After three years of hearings and testimony from 100 witnesses, we now expect the House Judiciary Committee to turn to legislating. We expect significant attention on legislation to modernize the Copyright Office, a small agency that can have an enormous impact on our interests.

And the Copyright Office has launched several proceedings involving possible changes to laws governing the accountability of online services and the laws protecting technologies used to secure distribution of digital content. These discussions obviously have significant implications for a business like ours that is dependent on copyright policy in the face of ongoing change in technology and the marketplace.

We will also need to continue our work to fend off growing and concerted efforts to weaken our ability to freely negotiate the distribution of our broadcast and cable programming. Last year, the FCC teed up several rule makings that could have a significant adverse affect on retransmission consent and how we package and sell our media networks. As the debate becomes much more heated, we will need to remain vigilant.

With all of the challenges we will face this year, it is important that our PAC be strong. We, therefore, respectfully suggest that you consider making a contribution of [REDACTED]. You may give more or less than the suggested amount (although no contribution can exceed $5000 in any year) and any contribution will be appreciated. As always, 100% of your contribution is used in direct support of candidates and political entities that uphold policies and principles that are consistent with the best interests of our company. DisneyPAC contributes equally to Democrats and Republicans each calendar year. For your convenience, DisneyPAC has implemented a payroll deduction system, through which your contributions to the PAC will be deducted from your weekly paycheck. If you prefer, you may instead make a one-time personal contribution to the PAC. Your contribution is important to all of us, but I want to emphasize that all contributions are voluntary and have no impact on your job status, performance review, compensation, or employment. Any amount given or the decision not to give will not advantage or disadvantage you. You have the right to refuse to contribute without reprisal. Your help is truly appreciated.