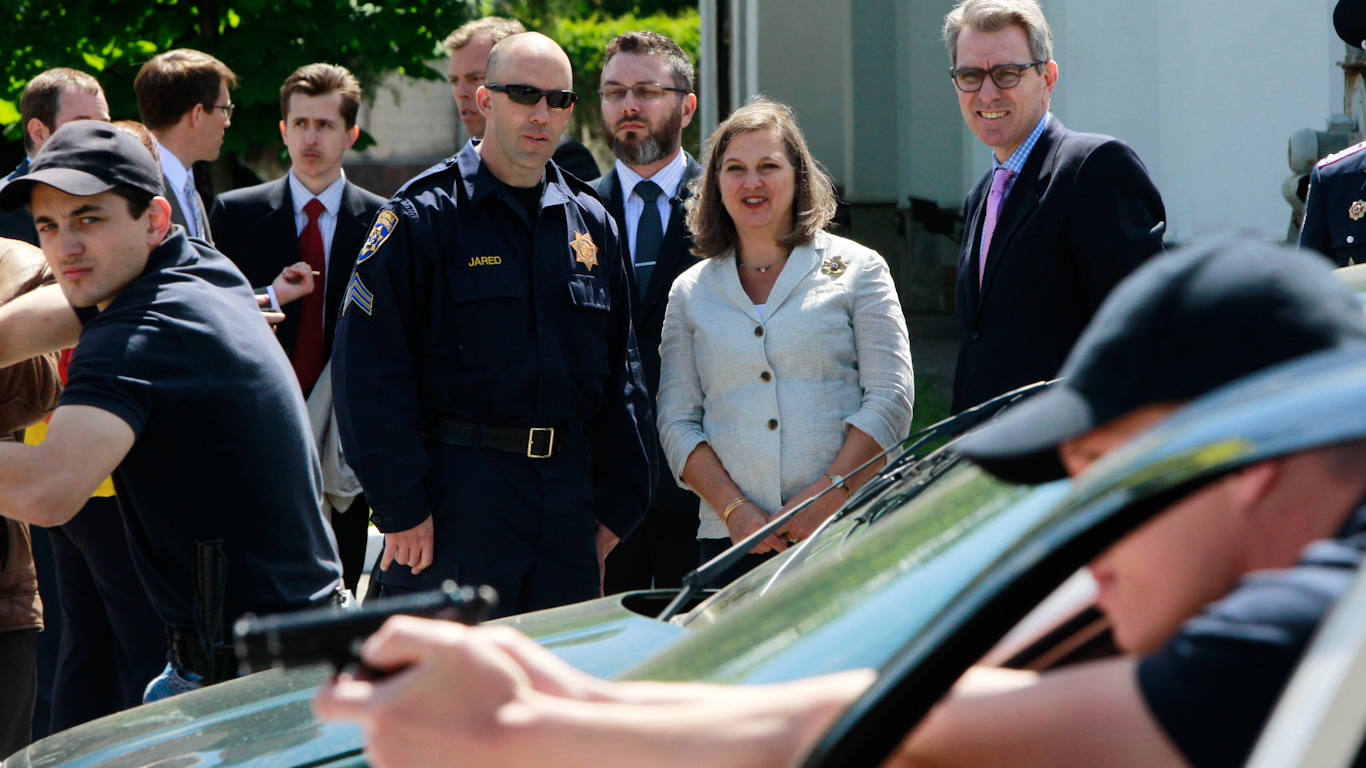 Trump Purges State Department, CIA May Be Next

By “cleaning house” at the State Department, President Trump is going to be able to exert even more influence in shaping the department for years to come. END_OF_DOCUMENT_TOKEN_TO_BE_REPLACED

It would usually be difficult to find more polar opposite views to U.S. foreign policy, but when it comes to Ukraine, the anti-war intellectual and the former U.S. Secretary of State have more in common than either might like to admit. The New York Times reported Tuesday that the Obama administration is considering sending more weapons to Ukraine -- $3 billion worth. The Times reports: “Secretary of State John Kerry, who plans to visit Kiev on Thursday [Feb. 5], is open to new

END_OF_DOCUMENT_TOKEN_TO_BE_REPLACED

The “dynamic, truthful opinion” offered by US media has taught Americans not to trust RT and RT America, leaving the network with a “tiny, tiny audience,” according to veteran State Department official Victoria Nuland. (ANTIMEDIA) The US State Department has openly discussed shutting down RT, the Russian news network. Assistant Secretary of State Victoria Nuland was asked about the idea of shutting the company down