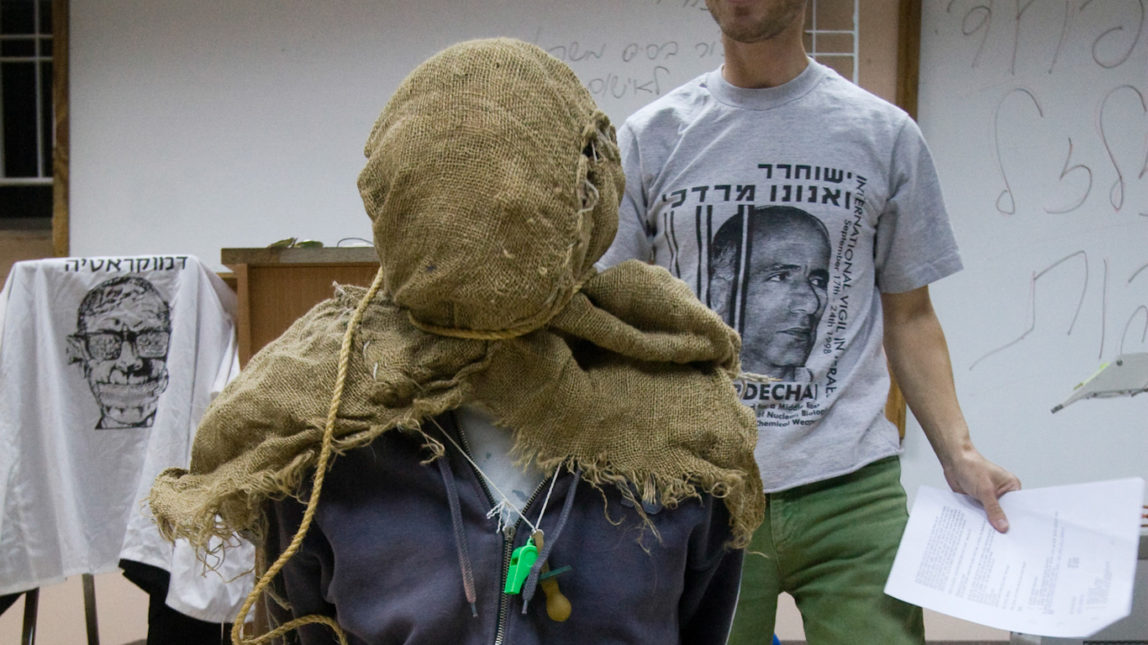 BIL’IN, PALESTINE -- When Abdul-Khaliq Burnat was a little boy, I would see him stand on the roof of his house and look over at the soldiers assembling on the hill across the road. His father Iyad Burnat and I would stand there too, watching the army prepare for the assault on the village. Abdul-Khaliq wanted to join the weekly protests that were

END_OF_DOCUMENT_TOKEN_TO_BE_REPLACED NAZARETH, ISRAEL — In May, the world watched Israel’s brutal occupation on full display: The forcible displacement of Sheikh Jarrah residents was underway; Israeli security forces attacked Muslim worshippers at Al-Aqsa Mosque during Ramadan; Israeli rocket fire rained down on Gaza; and Jewish extremists chanted “Death to Arabs!” in the

END_OF_DOCUMENT_TOKEN_TO_BE_REPLACED Even before President-elect Joe Biden sets foot in the White House, the Senate Intelligence Committee may start hearings on his nomination of Avril Haines as Director of National Intelligence. Barack Obama’s top lawyer on the National Security Council from 2010 to 2013 followed by CIA Deputy Director from 2013 to 2015, Haines is the proverbial

END_OF_DOCUMENT_TOKEN_TO_BE_REPLACED It was painful enough to live through the U.S invasion of Iraq that caused untold devastation and human misery for no justifiable reason. Now we are again reminded of the grim Bush legacy with President-elect Biden’s nomination of Avril Haines for Director of National Intelligence. Haines, who has an inside-the-beltway reputation for being nice

END_OF_DOCUMENT_TOKEN_TO_BE_REPLACED

Democratic Congressman David Price wants the CIA to come clean about its Rendition, Detention, and Interrogation (RDI) program which detained, interrogated, disappeared, and tortured potentially thousands of Muslims at CIA "black sites" around the world from the fall of 2001 until 2009 when its discovery led to its notorious end. In a

END_OF_DOCUMENT_TOKEN_TO_BE_REPLACED Shadowproof -- Federal judge Anthony Trenga ordered a jail in Alexandria, Virginia, to release United States Army whistleblower Chelsea Manning. The order came after the grand jury investigating WikiLeaks was dismissed. Manning was confined for 365 days or one year after being held in civil contempt because she refused to testify before a grand