The actual number of people who stand to benefit the most from last month's CARES Act could fit into Dodger Stadium and still have plenty of elbow room to catch any foul balls that might come their way. Just 43,000 of the richest

END_OF_DOCUMENT_TOKEN_TO_BE_REPLACED The consequences of the $2.2 trillion stimulus package are being ignored, even by the White House budget office that put it together, admitting that the package had "come together so quickly," that they had no time "to do the customary modeling of its

END_OF_DOCUMENT_TOKEN_TO_BE_REPLACED Hospitals overflowing with sick and dying patients. Overworked staff risking their lives wearing garbage bags as makeshift protective equipment against an invisible but deadly virus. Refrigerated containers left outside medical facilities, filling with the dead. Mass graves being dug in the city. It is like something out of a horror movie. But it

END_OF_DOCUMENT_TOKEN_TO_BE_REPLACED 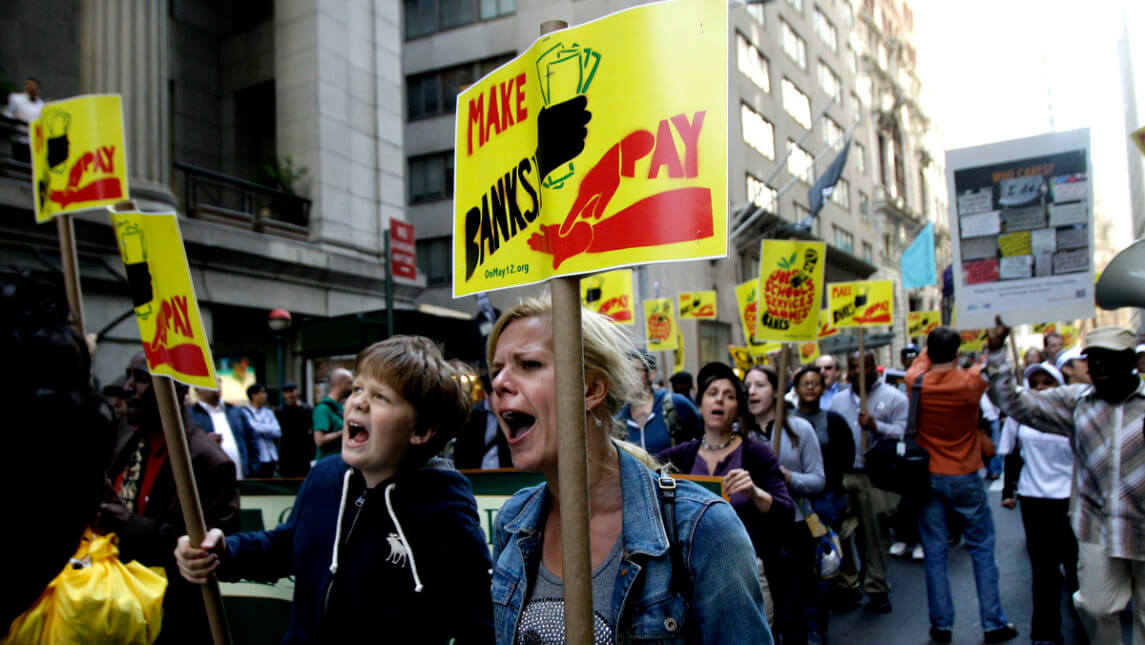 Ten years ago, there was panic in Washington, DC, New York City and financial centers around the world as the United States was in the midst of an economic collapse. The crash became the focus of the presidential campaign between Barack Obama and John McCain and was followed by protests that created a popular movement, which continues to this

END_OF_DOCUMENT_TOKEN_TO_BE_REPLACED

The Death Of Inflation

There are at least two good reasons why inflation remains well below targets even as the economy is improving and despite years of economic stimulus. Since 2008, the Federal Reserve has more or less printed over $3.2 trillion in three rounds of quantitative easing. That’s now tapering off to zero, but many have speculated that all this printing must result in inflation simply because it puts more U.S. dollars out there

END_OF_DOCUMENT_TOKEN_TO_BE_REPLACED

In an era of dogmatic economic austerity, when elected officials in Europe and the U.S. are purging jobs and slashing public sector spending, Japan is trying a different approach to remedy economic recession by increasing spending on social programs to help the public and put people back to work.