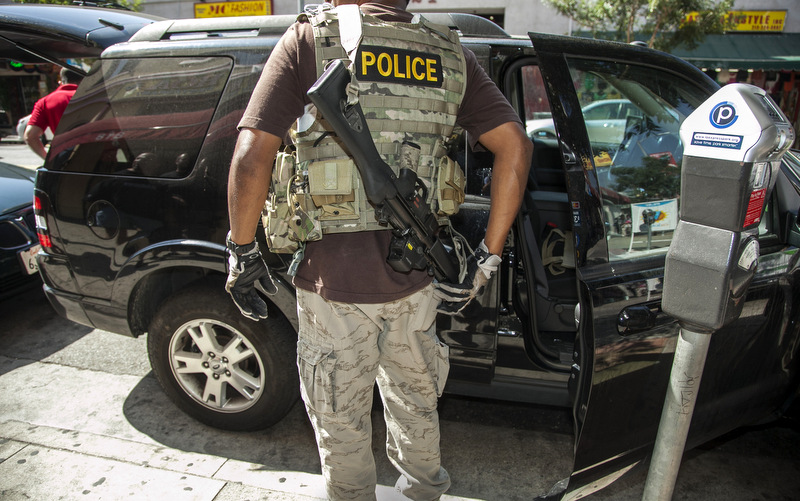 A class action lawsuit alleges CoreCivic, a privately-run immigration prison, forced inmates to do free, and underpaid labor under threat of punishment.

SAN DIEGO  — A privately run immigration prison in San Diego forces its inmates to clean their own jail for a dollar a day or less, two prisoners say in a federal class action. Sylvester Owino and Jonathan Gomez sued CoreCivic, formerly known as Corrections Corporation of America, a Nashville-based corporation that is one of the biggest private

END_OF_DOCUMENT_TOKEN_TO_BE_REPLACED

Several immigrants crossing the border illegally will not be charged with any crime and a spokesman for the border patrol said the action was justified.

Around 7 a.m. Tuesday morning, a U.S. border patrol agent shot and killed a man near a U.S.-Mexico border crossing, after the man allegedly assaulted the officer by throwing rocks at him. Local news accounts reported  the shooting occurred after two border patrol agents monitoring a mountainous area about four miles east of the Otay Mesa crossing

END_OF_DOCUMENT_TOKEN_TO_BE_REPLACED

Controversial photographs from a recent Border Patrol event show agents teaching children to aim and shoot a paintball gun at a human-shaped target. Immigrant activists have accused Border Patrol of using this activity to encourage children how to shoot immigrants in an area where migrants have died. “The target is dressed to resemble a migrant