The U.S. is adamant that its assassination of Qassem Soleimani and refusal to leave Iraq is about protecting Americans, but a little known Iraqi parliamentary session reveals how China increasingly strong ties to Baghdad may be shaping America’s new Mideast strategy. 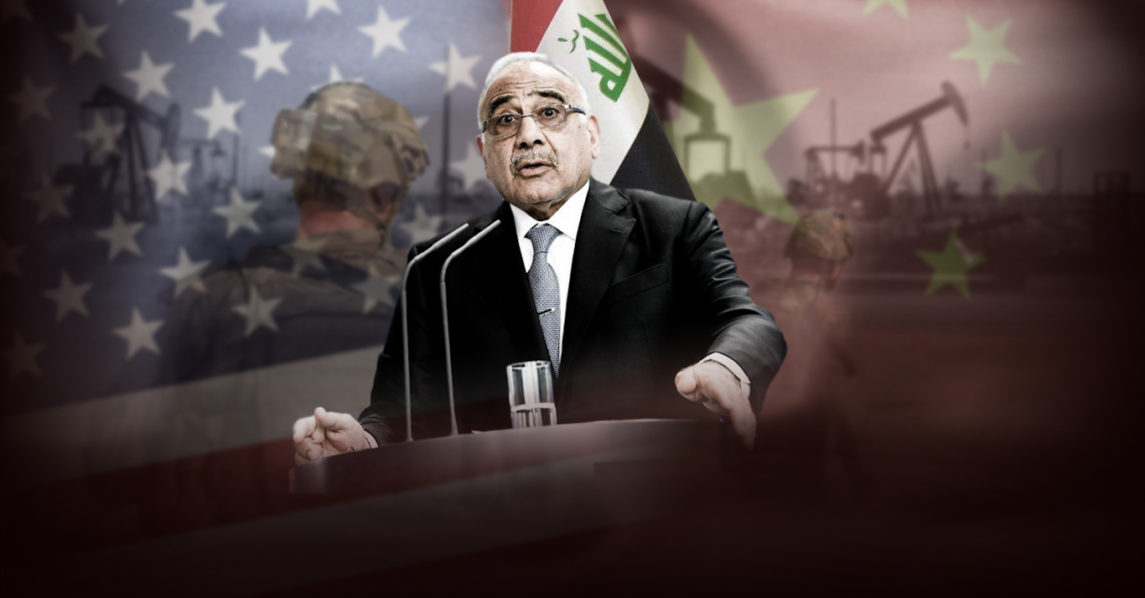 Since the U.S. killed Iranian General Qassem Soleimani and Iraqi militia leader Abu Mahdi al-Muhandis earlier this month, the official narrative has held that their deaths were necessary to prevent a vague, yet allegedly imminent, threat of violence towards Americans, though President Trump

END_OF_DOCUMENT_TOKEN_TO_BE_REPLACED WASHINGTON -- Last Wednesday, U.S. Secretary of State Mike Pompeo gave a disturbing interview to Fox Business Network in which he divulged his plans to form a NATO-type alliance against Iran. The U.S. has

END_OF_DOCUMENT_TOKEN_TO_BE_REPLACED

Kei Pritsker is a journalist and activist located in Washington DC. Kei focuses on international politics and economics. He previously worked as a producer at RT America.

As Jesus Rodriguez explains to MintPress in an exclusive interview, while no single change can fix the current condition of Venezuela, the Maduro government’s response to the crisis has been both humane in the Bolivarian tradition, and also backed by solid principles and reasoning.

CARACAS, VENEZUELA -- With U.S. sanctions suffocating the South American nation of Venezuela, incumbent President, and U.S. target, Nicolas Maduro is preparing for an election in late May that will likely result in his retaining his office. This is unfortunate for Washington, which has thrown its lot in via millions of dollars lavished on an

END_OF_DOCUMENT_TOKEN_TO_BE_REPLACED

Will Petrodollar Give Way to Petroyuan? China Makes First Move this March

The coming introduction of a “petroyuan” marks one of the most significant bids to date by countries seeking to dump the U.S. “petrodollar.” BEIJING -- Wall Street is bracing for a potential shake-up as China is set to launch its first-ever crude oil futures contract late March at the Shanghai Futures Exchange. The move, which had been laid out in 2012 but faced delays over possible market turbulence, could represent a bold step forward in China’s rise as an economic superpower and

END_OF_DOCUMENT_TOKEN_TO_BE_REPLACED

De-dollarization for Beijing, Moscow and Tehran has become a strategic priority. Eliminating the unlimited spending capacity of the Fed and the American economy means limiting US imperialist expansion. The more Washington lashes out in anger at those who will not bow to the unipolar world order, the more the rest of the world fights back. As the launch of its Yuan/Gold-settled oil futures looms, China is escalating its

END_OF_DOCUMENT_TOKEN_TO_BE_REPLACED

Venezuela’s new digital currency will allow the South American nation to circumvent U.S. sanctions by taking advantage of the global demand for oil.

Months after Russia became the first country to announce the creation of a state-backed Cryptorouble, Venezuela has followed suit, announcing the creation of El Petro, a state-sanctioned cryptocurrency to be backed by Venezuela’s extensive reserves of crude oil. Venezuela has already broken free of Dollar dependence months ago