After two seasons of NFL players engaging in peaceful, albeit controversial protests against police brutality by kneeling during the national anthem at the start of football games, the organization has banned the practice. The NFL

END_OF_DOCUMENT_TOKEN_TO_BE_REPLACED After a season that saw ratings declines, advertiser abandonment, and political/racial divides flare on and off the field, ESPN reports that NFL owners have unanimously approved a new national anthem policy that requires players to

END_OF_DOCUMENT_TOKEN_TO_BE_REPLACED

State Rep. Milo Smith (R) reportedly introduced the bill in Indiana’s legislature this week. It would require the Colts to offer refunds until the end of the first quarter during home games in which Colts players protest during the national anthem, the Star reported.

END_OF_DOCUMENT_TOKEN_TO_BE_REPLACED

Papa John’s is the official pizza of the NFL. But it seems that some NFL players, in kneeling to protest law enforcement’s racially targeted brutality, were not doing their part to boost pizza sales for the company. Such was the position taken by Papa John’s founder and soon-to-be-former CEO.

JEFFERSONTOWN, KENTUCKY -- John Schnatter, founder and CEO of Papa John’s Pizza, will be stepping down from that position once the New Year arrives.

END_OF_DOCUMENT_TOKEN_TO_BE_REPLACED

“I don’t think that the flag is what it says it’s for, for liberty and justice and all that. It’s not obviously what’s going on in America today.” 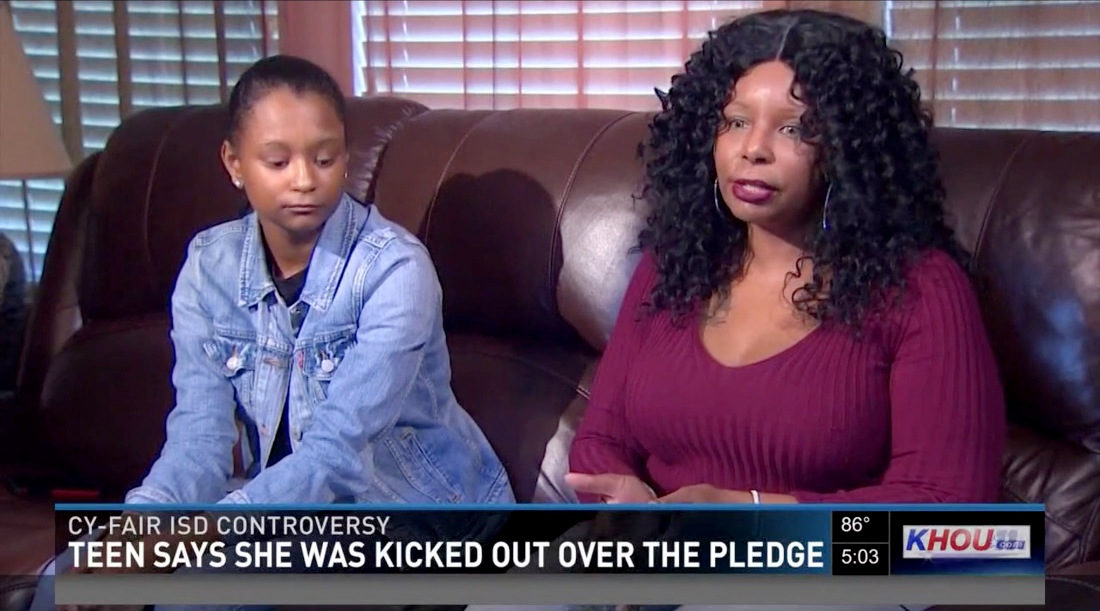 A black Texas high school student and her mom claim in a federal lawsuit that the principal expelled her last week for sitting through the Pledge of Allegiance, after which the school secretary told her, “This is not the NFL.” Kizzy Landry sued Cypress-Fairbanks Independent School District and Windfern High School Principal

END_OF_DOCUMENT_TOKEN_TO_BE_REPLACED

James Lankford, the junior Senator from Oklahoma has said that the Take A Knee controversy has blown up because of Russia. James Lankford, a US Senator from Oklahoma and a member of Donald Trump’s Republican Party, has stated that the current controversy over NFL players and coaches kneeling during performances of the US national anthem before games is because of “Russian troll farms”. Without presenting any evidence that Russians or people who have