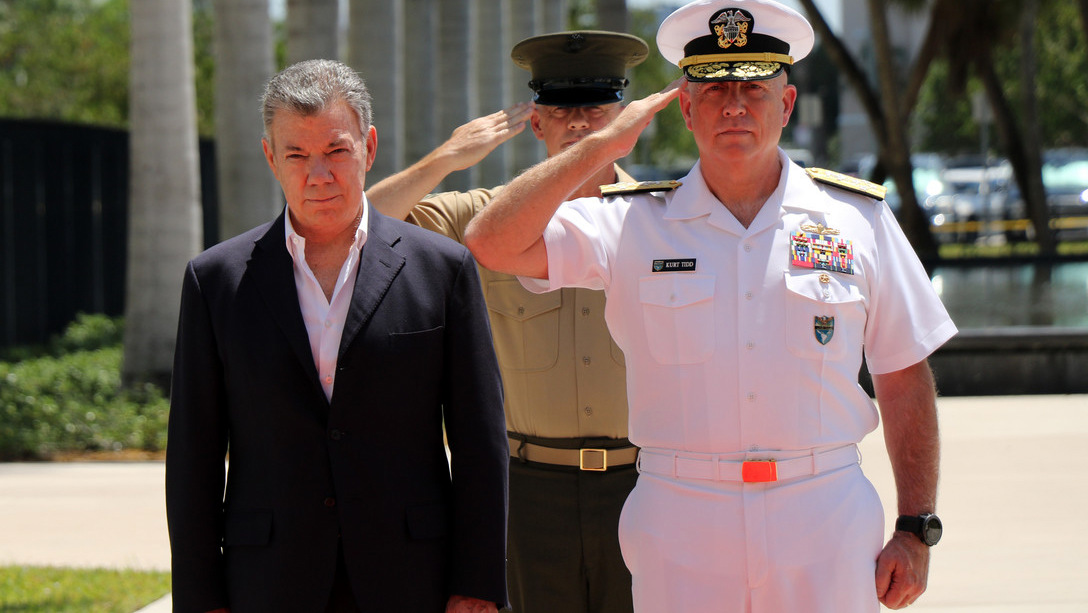 GENEVA -- President Donald Trump’s threat to the World Trade Organization (WTO) that a failure to treat the U.S. “properly” will mean “we will be doing something” has sent shockwaves rippling through Western capitals who fear that the “America First” agenda is increasingly leading to bruising fights with the other powers who comprise the

END_OF_DOCUMENT_TOKEN_TO_BE_REPLACED

Honduras Elections: Turning the Tide of US-Backed Violence and Neoliberalism?

HONDURAS (Analysis) -- As Hondurans went to the polls to elect a new government Sunday, the country was looking both forward to the future and backward to a recent and tragic past. With the contest primarily between current right-wing President Juan Orlando Hernández (running for re-election despite being forbidden by the country’s

END_OF_DOCUMENT_TOKEN_TO_BE_REPLACED

Eric Draitser is a political analyst and host of CounterPunch Radio.  You can follow and support his work at CounterPunch and patreon.com/ericdraitser.

Selling a struggling nation to the highest corporate, oligarchic, and state bidders may be just the way things work in the world, but please stop trumpeting it as a great “success story.” Greece’s forests are burning, its economy sold out, its citizens struggling more than before they were “saved.”

ATHENS, GREECE — (Analysis) Exactly two years ago, on August 14, 2015, the “leftist” SYRIZA-led Greek coalition government -- just over a month removed from a referendum that saw 62 percent of voters rejecting a new austerity plan proposed by the “troika” of Greece’s lenders, the European Commission, the European Central Bank, and

END_OF_DOCUMENT_TOKEN_TO_BE_REPLACED

Democrats Still Don’t Have ‘A Better Deal’ For Working People

The Democrats cannot and will not promise working people all that much of value so long as they remain wedded to the brand of destructive corporate politics. Published in partnership with Shadowproof. (Opinion) --- Over the past eight months, the Democratic Party has floundered and sputtered around while trying to develop an agenda that can convince citizens they are a clear alternative

END_OF_DOCUMENT_TOKEN_TO_BE_REPLACED

Left, Right And The Russian Connection: An Interview With Alexander Reid Ross And Eric Draitser

In order to understand today’s Russia, one has to look past the neo-McCarthyism of mainstream media and take a more nuanced view of the role the country now plays in the current political landscape. Today, MintPress News’ Yoav Litvin speaks with two experts to examine Russia’s influence on global politics. NEW YORK (Interview) --Neoliberal capitalism has failed the vast majority of Americans. It has increased inequality, fostered austerity, destroyed the environment and fomented wars.   Reactionary right-wing politics have largely succeeded in filling this ideological vacuum, embodied by the election of Donald Trump as President

END_OF_DOCUMENT_TOKEN_TO_BE_REPLACED

Yoav Litvin is a doctor of psychology/neuroscience, a photographer and writer who regularly contributes to various media outlets including Counterpunch and Mondoweiss and has published two award-winning photography books.

As Greece moves closer to becoming a cashless society, it is clear that the country’s attitude towards cash is reckless and dangerous. The supposed convenience of switching to a cash-free system comes with a great deal of risk, including needless overreach by the state. ATHENS (Analysis)-- Day by day, we’re moving towards a brave new world where every transaction is tracked, every purchase is recorded, the habits and preferences of everyone noted and analyzed. What I am describing is the “cashless society,” where plastic and electronic money are king, while banknotes and coins are abolished. “Progress” is,