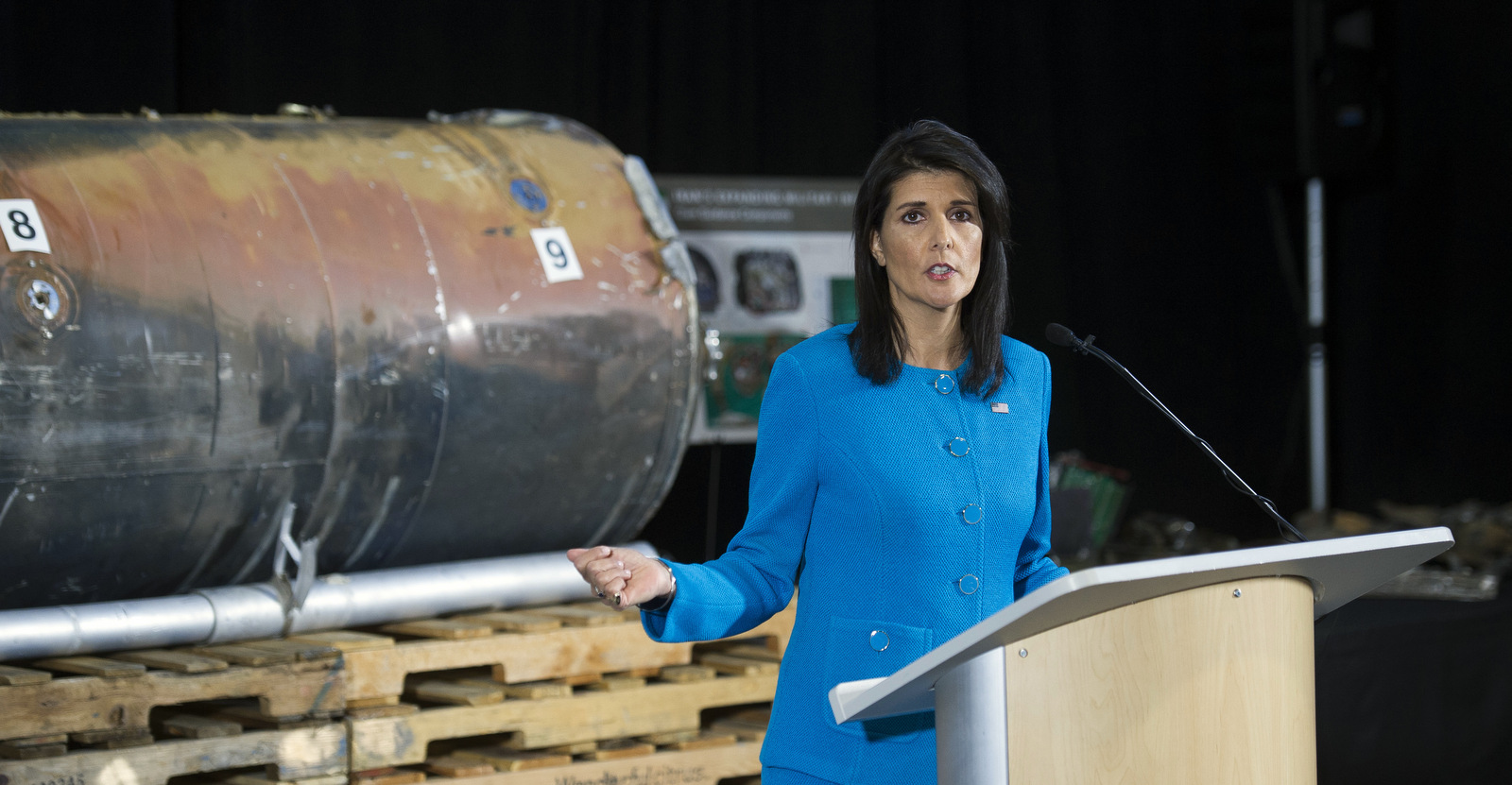 Nikki Haley: The Bold Scold of the Trump Administration

Haley is carrying on the tradition of hubris and hypocrisy of every other modern U.N. ambassador.

As US Empire Fails, Trump Enters a Quagmire

A quagmire is defined as a complex or unpleasant position that is difficult to escape. President Trump’s recently announced war plans in Afghanistan maintain that quagmire. They come at a time when US Empire is failing and its leadership in the world is weakening. The US will learn what other empires have learned, “Afghanistan is the graveyard of empires.” OPINION -- During the presidential campaign, some became convinced that Trump would not be an interventionist president. His tweets about Afghanistan were one of the reasons. In January of 2013, he tweeted, “Let’s get out of Afghanistan. Our troops are being killed by the Afghanis we train and we waste billions there.

END_OF_DOCUMENT_TOKEN_TO_BE_REPLACED The U.S., long known for its meddling in the affairs of other nations, also has a long and sordid history of supporting military juntas abroad, many of which it forced into power through bloody coups or behind-the-scenes power grabs. From Greece in the 1960s to

END_OF_DOCUMENT_TOKEN_TO_BE_REPLACED

Despite promises, president will announce that as many as 5,500 hundred troops will stay in the country beyond 2017 – with no end in sight. Betraying repeatedly stated vows to bring all U.S. troops home before he leaves office, President Barack Obama will announce on Thursday that as many as 5,500 soldiers will remain in the country until at least 2017. Citing unnamed officials, the Associated Press was the first to break the news and noted the announcement will ensure Obama—despite

END_OF_DOCUMENT_TOKEN_TO_BE_REPLACED The U.S. is reportedly considering a plan to leave as many as 10,000 troops in Afghanistan "beyond the end of 2016," the Wall Street Journal has reported. The paper reports that the option was one of five that the top U.S. commander in

END_OF_DOCUMENT_TOKEN_TO_BE_REPLACED

Is Congress Moving to End ‘Endless War’ or Expand It?

As renewed focus turns to legal authority that underpins US ‘war on terror’ – the cure may be as vile as the disease. The proposed amendment is short, but if passed by the House of Representatives in a vote that could arrive Wednesday afternoon, it could also be sweet—especially for those who have pushed hardest to end the 2001 Authorization to Use Military Force (or AUMF) which has provided the legal basis for America's so-called "global war on terrorism." As