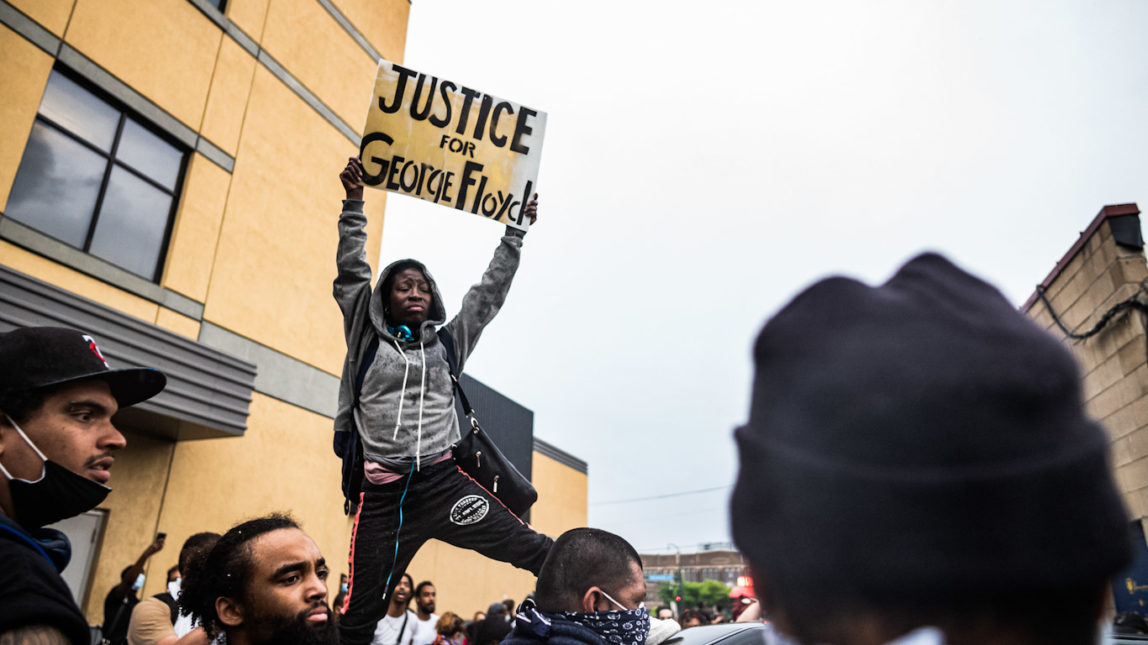 The latest example of America’s racist police brutality problem was caught on camera in Minneapolis Monday, as Officer Derek Chauvin knelt on 46-year-old African-American George Floyd’s neck for over seven minutes until he passed out and died. In its headline on its website, Minneapolis police described the event as “man dies after medical incident