How Neocons Seized On 9/11 To Create New World Order

In this episode of MintPress News’ ‘Behind the Headline,’ host and MintPress News Editor-in-Chief Mnar Muhawesh talks to filmmaker Robbie Martin about ‘A Very Heavy Agenda,’ a documentary series tracing the history of how neocons took power, and kept it, in America. 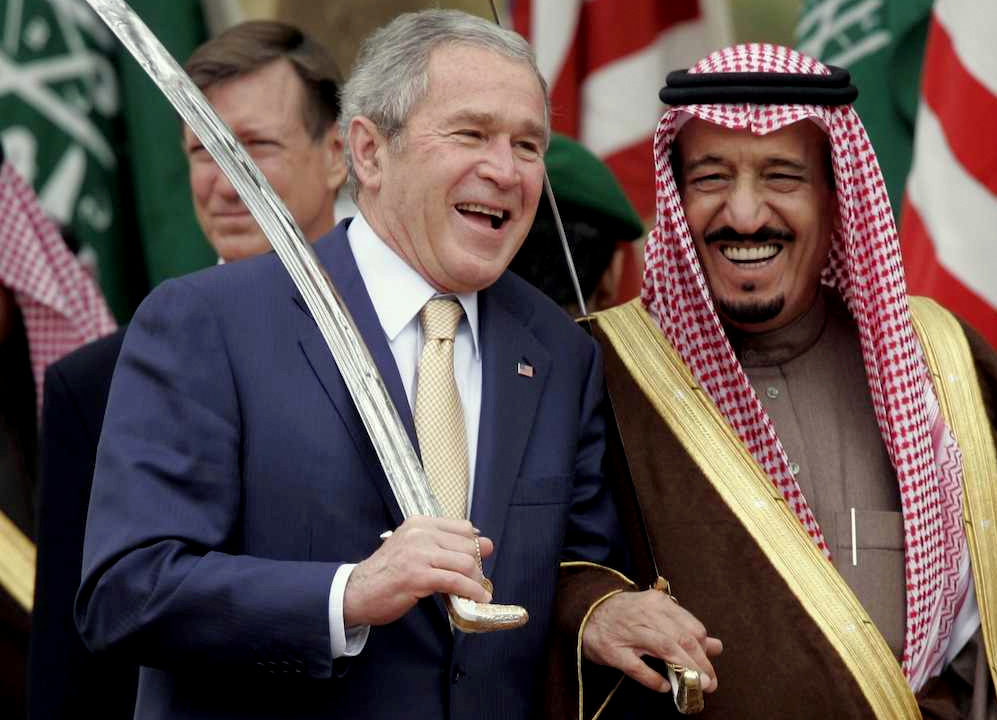 https://www.youtube.com/watch?v=ybmh7rbC--Q MINNEAPOLIS --- How does a nation build support for war? Immediately following the 9/11 attacks, Americans were riddled with panic and anxiety. Talking heads and even our elected leaders stoked our fears, warning there would be more attacks to come unless we stop the terrorists in their

END_OF_DOCUMENT_TOKEN_TO_BE_REPLACED

Less than a year after being elected to lead the oldest state agency in Texas, Land Commissioner George P. Bush has dramatically remade the General Land Office by ousting a majority of its longtime leaders and replacing many of them with people with ties to his campaign and family. Less than a year after being elected to lead the oldest state agency in Texas, Land Commissioner George P. Bush has dramatically remade the General Land Office by ousting most of its longtime leaders and replacing many with people with ties to his campaign and family. Eleven of the top 18 officials on the agency’s organizational chart a year ago

END_OF_DOCUMENT_TOKEN_TO_BE_REPLACED

Legacy Bush Donors Account For Half Of Jeb Bush’s Donations

Former Florida Gov. Jeb Bush attends an event at the Me […] WASHINGTON  — Jeb Bush's fundraising network is two generations in the making, and it shows. About half of the roughly $120 million raised to help him win the Republican presidential nomination comes from donors who previously gave to his brother or father, both former presidents, according to a new analysis of Federal Election Commission

END_OF_DOCUMENT_TOKEN_TO_BE_REPLACED

Bush Vs. Clinton 2016: The Oligarchical Dynasties No One Asked For

As democracy crumbles in America in favor of corporate power, will voters be left with two near-identical choices in every presidential election?

WASHINGTON --- It’s harder than ever to argue that voting matters when according to leading polls, the 2016 election is shaping up to look a lot like every other election in recent years, and this time even the candidate’s names are a repeat of past elections. It’s that “silly season” again when journalists scramble to find ways to cover a

END_OF_DOCUMENT_TOKEN_TO_BE_REPLACED

The Push To Charge Bush, Cheney and Rumsfeld For CIA Torture And War Crimes

President Bush declares the end of major combat in Iraq as he speaks aboard the aircraft carrier USS Abraham Lincoln off the California coast, in this May 1, 2003. There has been a lot of talk about bringing charges against former President George W. Bush, former Vice President Dick Cheney and others in their administration like former

END_OF_DOCUMENT_TOKEN_TO_BE_REPLACED

What Ever Happened To Bush’s Greater Middle East Initiative?

A Bush-era strategy to eliminate terrorism at its root by spreading democracy, education and economic opportunities throughout the Middle East may have backfired horribly and created a space for radical groups like ISIS to flourish. When the threat of terrorism landed on its doorstep in 2001, America grew anxious to devise a way not only to guarantee the safety of its nationals but also to ensure that its founding ideology, the axis which had kept its institutions alive, would be protected against all threats, whether at home or abroad. While former President George W. Bush