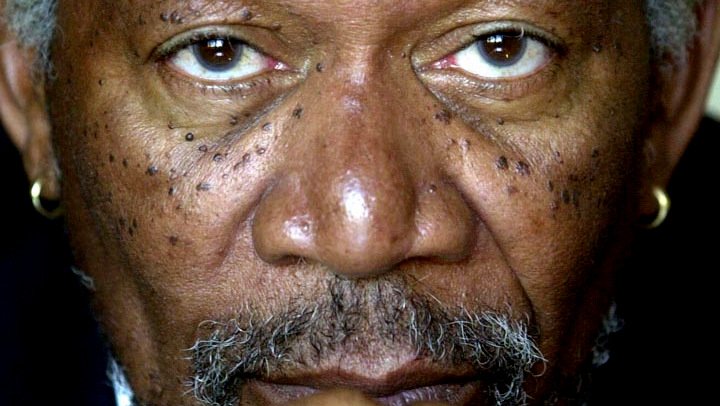 Morgan Freeman Goes Public About Using Cannabis, Says “Legalize It Across the Board”

“You’re just making criminals out of people who aren’t engaged in criminal activity. And we’re spending zillions of dollars trying to fight a war we can’t win! We could make zillions, just legalize it and tax it like we do liquor. It’s stupid.”

(ANTIMEDIA) We are not talking about an alternative fuel source or reducing the chemicals in your typical home cleaning supplies, but the notion of one standing up for themselves and taking control of their health.

Cannabis is a highly respected plant to those who use it as a means of facilitating healing. A relationship with this sacred and respected aspect of nature could save your life and offer much comfort, not only physical, but emotional and spiritual too.

Cannabinoids are a group of complex, but easily assimilated, compounds in the cannabis plant that also occur naturally in our nervous and immune systems. In our body, these naturally occurring chemicals help control mental and physical processes. In the cannabis plant, they are the compounds responsible for extracting and dispersing THC’s unique physiological properties. We are very similar to this illegal substance; our bodies take the tiny molecules and they bind simply to the ones present within us.

The natural cannabinoids produced in our bodies bind with specifically designed nervous system receptors that are responsible for regulating our nervous system responses such as mood, appetite, pain sensation, inflammation response and memory. Because of the way THC affects the nervous system, there are many health benefits to using cannabis – it can be used to reduce pain, stimulate appetite and reduce anxiety.

This is not the first time we have heard this type of notion from Morgan Freeman, in 2012 he stated, “It’s just the stupidest law possible, given history. You don’t stop people from doing what they want to do, so forget about making it unlawful. You’re just making criminals out of people who aren’t engaged in criminal activity. And we’re spending zillions of dollars trying to fight a war we can’t win! We could make zillions, just legalize it and tax it like we do liquor. It’s stupid.”

Here is a look (graphic below) at what is currently happening in our country in regards to cannabis. Wouldn’t it be nice to see the following picture ALL GREEN? More amazingly, individuals would have more options in regards to safe and ridiculously effective health treatments.

Because so many people respect Morgan Freeman, one should note what he said regarding the controversial topic. “This movement is really a long time coming, and it’s getting legs — longer legs,” the advocate told the Daily Beast, adding he himself, was a typical participant user who often uses this aspect of nature for its medicinal purposes. “I have fibromyalgia pain,” said Freeman. “The only thing that offers any relief is marijuana.”

According to the National Institute of Health, “Fibromyalgia syndrome is a common and chronic disorder characterized by widespread pain, diffuse tenderness, and a number of other symptoms.”  Various medications have been developed by the pharmaceutical industry, however people with the syndrome have found little relief from the symptoms. Morgan Freeman’s experience with cannabis to treat Fibromyalgia may offer a new approach to the many who suffer from it.

Regarding his favorite method, Freeman wasn’t shy. “I’ll eat it, drink it, smoke it, snort it!’ he proclaimed.” Adding “Legalize It Across the Board”

This article is free and open source. You have permission to republish this article under a Creative Commons license with attribution to the author and TheAntiMedia.org.