Ricardo Vaz is a writer and editor at Venezuelanalysis. His articles have appeared on Investig'Action, Monthly Review, Truthout, Counterpunch, and other alternative media. US Secretary of State Mike Pompeo met with allies in a tour of Latin America this week, in which he talked about stepping up US-led efforts against Venezuela. The Trump administration has been increasingly hostile towards the Caribbean nation, escalating sanctions and even threatening a military “option.” Venezuelan President Nicolas Maduro

END_OF_DOCUMENT_TOKEN_TO_BE_REPLACED Pays-de-Gex, France -- Jair Bolsonaro, who took 46 percent of the vote in the first round of Brazilian presidential elections on Sunday, has been using Venezuela as a scarecrow to attack his political opponents, with the runoff scheduled for October 28. A former army captain during Brazil’s military dictatorship (1964–1985), Bolsonaro was a

END_OF_DOCUMENT_TOKEN_TO_BE_REPLACED Pays de Gex, France – US President Donald Trump took aim at Venezuela at the United Nations Tuesday, hitting Caracas with a fresh round of sanctions and openly talking about the military overthrow of President Nicolas Maduro. Trump’s speech at the 73rd UN General Assembly (UNGA) dedicated special attention to Venezuela, with the US President

END_OF_DOCUMENT_TOKEN_TO_BE_REPLACED 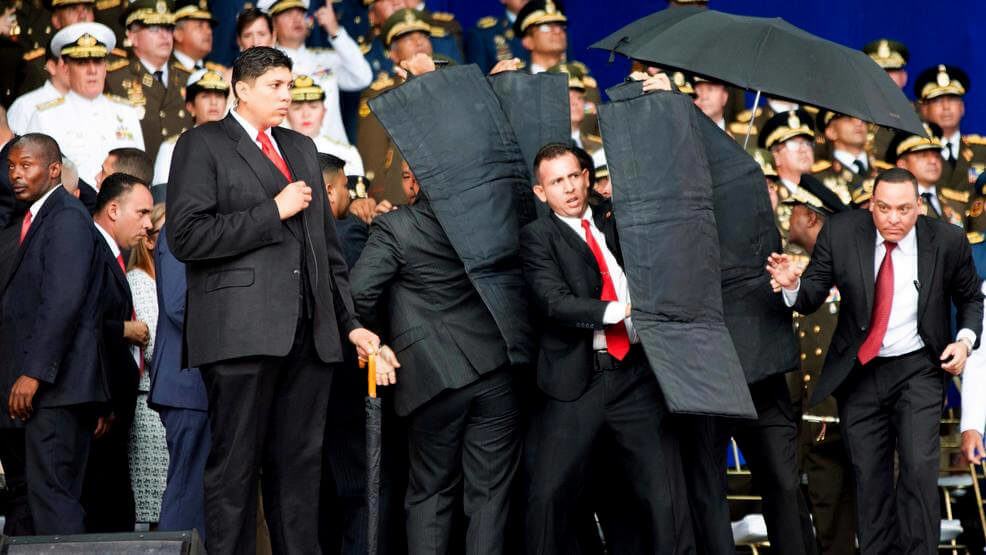 Venezuela was rocked this past Sunday by an attempted assassination of President Nicolas Maduro, during a public event, using drones armed with explosives. But as more details started to become available, the coverage of the mainstream media actually moved in the opposite direction: one after the other they have looked to sow doubt on the events,