There has been some confusion lately as to why the Turkish President sometimes says cool things like “Israel is a terrorist state.” Here’s a brief explainer for you: Let’s start with a question about whatever country you might live in. When do your politicians kick their lies into overdrive? If you answered ‘election season’ you’d be correct.

END_OF_DOCUMENT_TOKEN_TO_BE_REPLACED

With all of these parties coming into negotiations surrounding the DPRK, one question that is important to ask is, what does Pyongyang hope to achieve? The US media often asks the question, yet fails to provide an answer based on what North Korea actually says. If there is any country on the list of U.S. adversaries about which almost everyone lacks critical understanding, it is the Democratic People’s Republic of Korea, more commonly known as the DPRK or North Korea. Unlike most countries, North Korea has managed to stay fairly closed to U.S. interference and intelligence-gathering -- whether by

END_OF_DOCUMENT_TOKEN_TO_BE_REPLACED

As Jesus Rodriguez explains to MintPress in an exclusive interview, while no single change can fix the current condition of Venezuela, the Maduro government’s response to the crisis has been both humane in the Bolivarian tradition, and also backed by solid principles and reasoning.

CARACAS, VENEZUELA -- With U.S. sanctions suffocating the South American nation of Venezuela, incumbent President, and U.S. target, Nicolas Maduro is preparing for an election in late May that will likely result in his retaining his office. This is unfortunate for Washington, which has thrown its lot in via millions of dollars lavished on an

END_OF_DOCUMENT_TOKEN_TO_BE_REPLACED

The intriguing case of Turkish gold trader Reza Zarrab triggered massive waves in Turkey’s domestic politics, waves so large they are being felt in the United States. 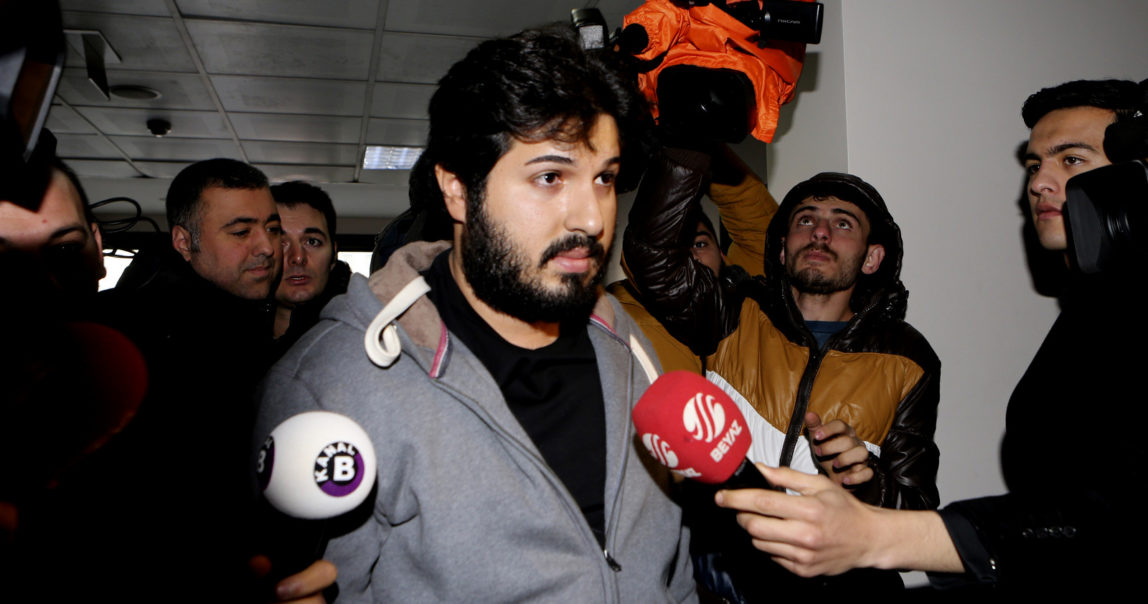 ANKARA, TURKEY -- There is currently a case making its way through the U.S. federal courts that is playing a significant role in increasing tension between Washington and Ankara. Federal prosecutors in New York recently announced they would seek a 15- to 20-year prison sentence for Mehmet Hakan Atilla, a Turkish national who was formerly an

END_OF_DOCUMENT_TOKEN_TO_BE_REPLACED

How Turkey Uses Kidnapping and Hostage Negotiations As Diplomacy

Most U.S. allies would likely understand that, as a member of NATO, every nation is subject to the will of the U.S. Yet Erdogan is not your average U.S. ally and, instead of pleading to deaf ears in Washington, he has decided to take his purge global and use every method available to secure his power. ANKARA, TURKEY -- Ever since a failed coup in July of 2016, the increasingly anti-democratic policies of the Turkish government under the leadership of President Recep Erdogan have become an embarrassment for the NATO member’s Western allies. While many people may be aware, at least to some extent, of the ongoing crackdowns inside of Turkey, few

END_OF_DOCUMENT_TOKEN_TO_BE_REPLACED

The Council on Foreign Relations’ Push Towards a New Cold War

The Council on Foreign Relations and its cadre of both neoliberal and neoconservative agenda-makers are pushing hard for a new Cold War with Russia. WASHINGTON -- If you are even a casual consumer of Western media then you know the current top threat to U.S. security according to corporate journalists is Russian aggression. According to neoconservative politicians such as Arizona Senator John McCain, the Russian interference in last year’s election -- which has so far only been shown to be a

END_OF_DOCUMENT_TOKEN_TO_BE_REPLACED

China has been faced with — and continued to grow throughout — a previous U.S.-triggered global recession just under a decade ago. While the current condition of the markets is nothing like the end of 2008, there is still the same fear in the West that China is somehow on the brink of catastrophe.

BEIJING (Analysis) -- The recent economic “correction” in the U.S. markets, which saw stocks drop back down from recent record-highs, has begun to spread to the east, reaching the stock exchanges in Tokyo, Taiwan and Shanghai. While all three of these markets depend, to some extent, on the performance of Wall Street, one is likely to emerge