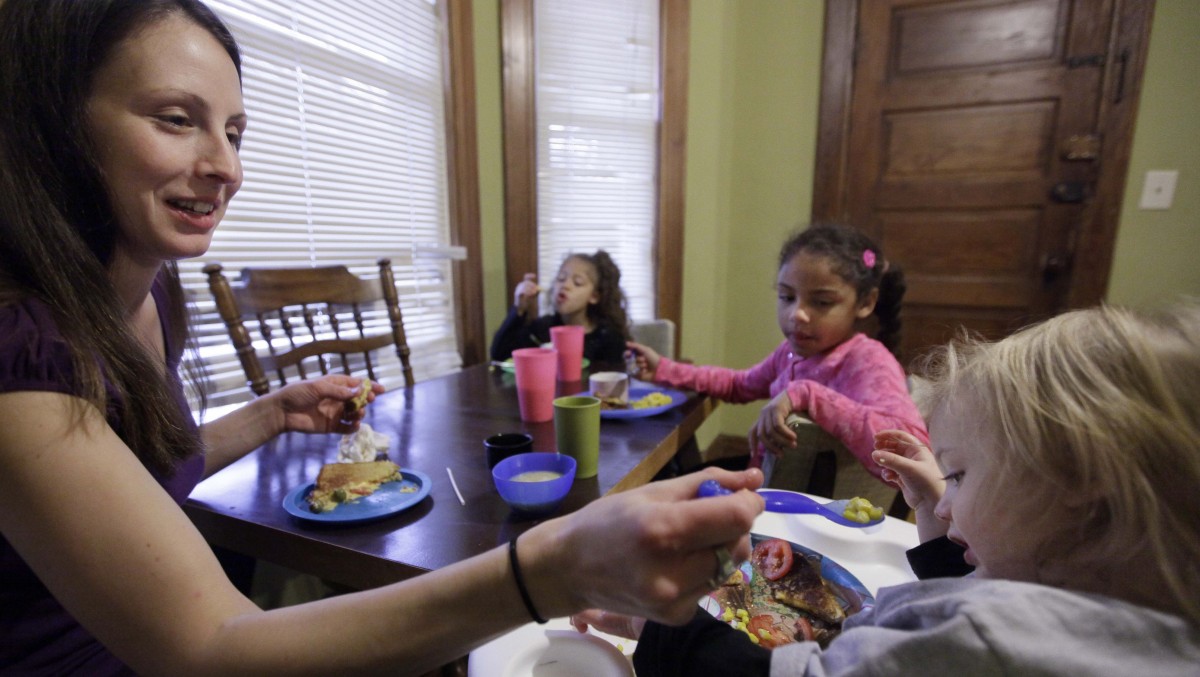 Food Stamp Use In On The Decline Under Trump, Here’s Why

Food stamp use is at its lowest since 2010 — but information on how many families are going hungry is scarce.

Food stamps are a touchy subject for a lot of Americans, but they always seem to be in the news. Whether you agree with the current administration and believe that these benefits need to be reduced, or you are one of 41 million people in the country who use food stamps, the point still stands — the programs designed to help people in need are deteriorating all over the country. Are there fewer people who actually need these programs or are they simply falling apart when they’re needed most?

In most states, children of families who qualify for food stamps also qualify for the local school district’s free lunch program. In many states, this also includes breakfast and lunch during the summer months as well. For some children of low-income families, their meals at school are the only ones they have during the day.

In spite of the increased need for these summer lunches, more and more schools in Texas are opting out of the program, instead directing their students to other schools in the district. This presents a problem though — there is no transportation to these meals during the summertime months like there is during the school year.

This year, 236 school districts opted out of the program, out of the 1,247 districts in the state of Texas. Students who want to take advantage of the summer meals have to find transportation out of their home district, something that may be difficult or even impossible for many families. While the majority of the schools that have opted out are in rural areas, city districts that have opted out present the same sort of problem — hundreds or thousands of students who need these programs are no longer able to access them.

Food Stamp Use Is Dropping — for a Worrisome Reason

In some cases, the students who are utilizing these free breakfast and lunch programs are those who are part of a family that has stopped applying for or receiving food stamps. This isn’t because their families have reached a level of solvency that means they no longer require food stamps — it’s because they’re afraid.

With the xenophobic policies being implemented by the current administration, immigrants — even those here legally — are afraid to apply for benefits and are even taking steps to remove themselves from the system because they are afraid that using these benefits could prevent them from being able to gain citizenship or even result in their deportation. These individuals are even having their information erased from food pantries for fear that this information could be used against them.

Food stamp use is at its lowest since 2010 — but there is no information on how many families are going hungry as a result of this fear.

Even with these lowered numbers, the current administration is still seeking a 30% reduction in food stamp payouts over the next decade — a reduction of over $190 billion. This isn’t going to impact the 1% or any of the President’s friends. Instead, this will reduce the quality of life of the 20 million children who receive food stamps, or the 4.8 million elderly who are already only receiving $4 a day in food stamps.

The goal of food stamps and other programs like it are to help people when they hit hard times. Unfortunately, the system is designed in such a way that once you’ve hit those hard times, it’s nearly impossible to pull yourself out of it.

And not everyone who needs food stamps even necessarily made a mistake that they’re trying to pull themselves out of. For example, those who choose to work in non-profit sectors are often forced to rely on programs like food stamps and Medicaid simply because of the field of work they chose. Nonprofit employees are commonly underpaid because non-profits are notoriously underfunded. Taking away programs like food stamps may deter people from going into non-profit work simply because they can’t afford to.

The cuts to the food stamp programs are proposed as a way to make Americans get jobs rather than relying on benefits. The problem with that logic is the majority of those receiving food stamps — namely, children, the elderly, and the disabled — are unable to work. For those families with able-bodied adults that can work, nearly half are working or have at least one income in the home.

The same statistics apply to food pantries — more than half of the families who use food pantries have at least one person working, and that number climbs to 71% for families that have children in the home.

The solution here isn’t to slash food stamp programs to bits — it’s to focus on creating an economy where it’s possible to earn a living wage in a reasonable amount of hours. It’s creating a program where it’s possible to get a basic 2- or 4-year degree without putting yourself so far in debt that you can never hope to climb out. It’s providing healthcare as a basic right so you can go to the doctor without worrying about being buried in medical bills.

There’s no simple solution here. The one fact that we can glean from all of this is that if the deterioration of food stamps and related programs continues, there will be a lot of hungry people out there, and not for the reasons that many assume. There isn’t necessarily one step that can be taken right away to fix this problem — it’s systemic. However, we can prevent people from starving to death while we work to find the best solution to the problem.

Top photo: Lisa Zilligen, 28, serves lunch to her three children, Miles, 20 months, Olivia 6, left, and Danielle, 8, in her home. Zilligen, a single mother and full time student at Loyola University has been getting food stamps for the past several months; sometimes the allotment runs out before the end of the month and the family ends up visiting a food pantry. (AP/M. Spencer Green)

This work by The American Herald Tribune licensed under a Creative Commons 4.0 International License.